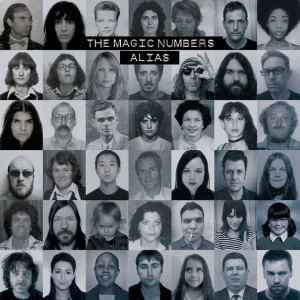 After finding early success with their first single Forever Lost – and the subsequent self-titled debut album – the career of The Magic Numbers has stalled somewhat. While that sounds strange for a band that are now releasing their fourth studio LP, the four-piece comprised of two sets of siblings have never quite managed to rediscover the attention they received when they first burst onto the scene around the mid-2000s.

Following their Mercury Prize-nominated eponymous debut, they quickly released second album Those The Brokes just a year later to less than positive reviews. They took their time before returning again with 2010’s The Runaway, but again, the album suffered from a lack of memorable tunes, as well as new competition from like-minded bands such as Mumford & Sons and Fleet Foxes.

While another four years has elapsed since the release of The Runaway – in which time Michele Stodart (vocals, bass) released a solo album – The Magic Numbers are still going strong and have returned with their latest effort, Alias. And on the back of the new album comes new hope, with single Shot In The Dark a promising example of what the band can do when they are at their infectious best.

“Well, I suppose that I’m just a shot in the dark/ have you ever wondered why we missed the mark?/ you say love, it never dies, it just falls apart,” sings frontman Romeo Stodart, over ramshackle guitars and pitch perfect vocal harmonies from sister Michele and Angela Gannon. The song possesses an anthemic chorus that surpasses anything the band have come up with since their debut, before closing with a delightfully ragged guitar solo.

However, if Shot In The Dark suggests The Magic Numbers have moved towards the rock end of the spectrum, then tracks elsewhere on the record provide a reminder of their more blissful, melancholic approach. Opener Wake Up is among them, with the song veering between a gentle piano melody and soaring harmonies to the occasional spurt of electric guitar. It’s an intriguing start, but at six minutes long, it does begin to lag towards the end.

On the other hand, Roy Orbison – which was one of the first songs to be aired from the album – manages to deliver the sort of majestic, shimmering melodies the band are well known for. It is an emotional ballad worthy of the American singer-songwriter it is named after, with Stodart crooning, “It’s easy if you let me just believe tonight/ don’t tease me, let me just believe tonight” over a soothing string arrangement.

You Know is another that features a rather languid, melancholic melody and orchestral strings, although like many of the tracks on the predecessor to Alias, it is not particularly memorable. The same could be said of the slow-burning, soulful Thought I Wasn’t Ready, until it reaches its playful chorus where it comes into its own – and has a hint of Fleetwood Mac about it – with Michele Stodart demonstrating her powerful vocals.

Yet, the standout moments on Alias predominantly occur when the band are plugged in and at their most energetic. Tracks such as the thumping Out On The Streets and Accidental Song capture the powerful intensity of the quartet – something that often feels hidden away behind their more restrained facade. This is further explored on the guitar-driven songs Enough and Better Than Him, before closer Black Rose brings the record to a suitably epic conclusion.

Despite the conflict between The Magic Numbers’ usual laid-back melancholy and the heavier side that is embedded in Alias, the record is a vast improvement on the band’s previous two outings. While neither were particularly bad, they lacked the adventure and direction of Alias and, as a result, did little to enhance the band’s reputation. The Magic Numbers’ latest LP may not be perfect, but it is a big step in the right direction.

The Magic Numbers MP3s or CDs

The Magic Numbers on Spotify