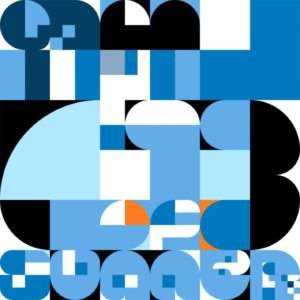 Back in the halcyon days when Arab Strap were stirring up some boozy-bloke maudlin, Malcom Middleton was seen as the ‘musical’ half of the duo, leaving the narrating duties to Aidan Moffat. Since their disbanding, Middleton has stepped up to the microphone with wry tales of disillusionment and the doubts of being a man, albeit with tongue placed firmly in cheek.

Quite what is so prescient about the summer of ’13 is never revealed on his latest work, but it’s a welcome return from the ‘miserablist-maverick-with-a-tune’. Consciously battling/utilizing his demons of depression when writing, Middleton usually sheds light on the dark places the mind wanders to in all of us, which makes his albums reassuringly reflective on the ineptitude in all of us. So, what pearls of wisdom will have the spotlight shone on them in Summer Of ’13?

On the album trailer, the buoyant Steps, it appears Middleton has been drinking from the same euphoric cup as Steve Mason in its joyous dance-flecked piano chords and generally upbeat tone. ‘Programmed to condition with self-loathing’ holds a mirror up to his glum face and finds him laughing. Former The Beta Band member (and The Aliens founder) Gordon Anderson lends a neighbourly hand in steering the ship.

Produced by Glaswegian dance mogul Miaoux Miaoux, Summer Of ’13 is released on the resurrected Nude label (former home to Suede and… erm… Ultrasound) and marks a distinct change of direction and attitude. Casting off his former shackles of being the Scottish equivalent of Bonnie ‘Prince’ Billy dealing in lo-fi, downbeat ditties of heartbreak and human failings, here he reveals a shiny new plumage. The upbeat mood almost bursts out of You And I, a track that fizzes with a pop rush surely little seen outside of the Pet Shop Boys in their pomp.

It’s not long before the doubt resurfaces that ‘sad songs aren’t written… by people not in good health’ on the weak Information In The Voice, which limps along on the sort of vocoder effects that litter countless r’n’b chart fodder, while Brackets contains some of Middleton’s weakest lyrics set to a tune that almost evaporates in its insipidness. Like John Lennon Said dredges countless Lennon quotes as some kind of musical self-help and Big Black Hole sets depression against some beige-coloured stadium pop anthemry, with disappointing results.

Previous outings have seen buoyant ‘loser’ anthems in the unlikely candidate for frantic Christmas Number 1 rush of We’re All Going To Die, from 2007’s life-affirming A Brighter Beat, and the self-deprecating genius of Devil and The Angel from his 5.14 Fluoxytine Seagull Alcohol album from 2002. This time out, only on the title track does Middleton locate the fire in his belly with some deliciously barbed pop and a tune that switches tack from choral anthem to indie rush before disintegrating into a varispeed acoustic outro.

There’s no doubting Middleton’s way with a skewed tune and a wry look at the world, but Summer Of ’13 is buried beneath the sheen of production that sits uneasily on his shoulders. What made previous albums stand out from the crowd were the rough edges and DIY approach, whereas this sounds like a pastiche of normality, and who wants to listen to that?