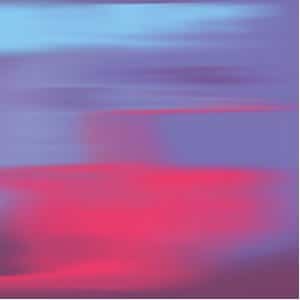 It can be difficult to maintain a balance between darkness and pretension. Where once post-punk and early goth acts such as Joy Division, Bauhaus, The Cure and The Birthday Party used a sense of gloom, anger and desperation to rebel against a music scene riddled with happiness ill befitting its context, the sound became homogenised and distinct from its roots. As such, bands with more intellectual motives have since used a more contrived darkness and emotion to create an atmosphere such that it is often hard to imagine that they know much about, making them occasionally seem whingey and even childish.

Cardiff duo Man Without Country work on a level of precarious, unchecked emotion that could be detrimental to their general well being. Stemming from a feeling of “not belonging”, as singer Ryan James puts it, the band’s name ‘carries instant intrigue’. But Man Without Country’s debut album, FOE, generally lacks the weight and provocative nature that the band consider their name to wield. Produced by Ken Thomas ( Sigur Rós), the record is imbued with bitter, melodramatic ‘darkness’ throughout. Half-baked lyrics detract from intelligent and well-executed backing, and as such the album fails to resonate with any of the force that it attempts to muster, despite the odd successful moment.

The album title is particularly apt; lyrically FOE reverberates with a messily articulated hatred that is sodden with bile, with lyrics such as “You have no backbone/ God I hope you die alone”, “How can I send you shivers if you have no spine” and “How do you sleep at night?” being examples of both the intent and result of the record. It seems rushed where it could be incisive, petulant where it could be vehement and it loses out as a result, with the lyrical tone of an ill tempered teenager whose mum won’t let it skive off school. This varies little throughout, with the majority of the record subject to these rants.

Musically, however, Man Without Country seem to have a decent grasp of atmospheric, synth-heavy glitch, executed in conjunction with eerie vocal effects and well placed guitars. This is particularly evident on tracks such as FOE, Parity and Inflammable Heart: the latter a pulsing, slow burning number that builds to a shuddering, oscillating climax, whilst the former effectively conjures eerie, albeit dated, sci-fi wastelands. On Parity, atmospheric chill out gives way to slightly unsettling computerised vocals that keep the track anchored to the rest of the record and the band’s moody ethos, with pretty good results.

The duo undoubtedly show promise; to hear the album without close lyrical scrutiny makes for a good listen, even if it doesn’t always otherwise. If the band were to follow the lead of previous touring partners and obvious influences M83, and My Bloody Valentine, and use the vocal more instrumentally, then by the next record we could be hearing something really special. In the meantime it’s best to try not to remember the lyricist’s obsession with backbones, or lack thereof, and, if you’re are Man Without Country’s titular FOE, watch your back. They’re fuming.

Man Without Country MP3s or CDs

Man Without Country on Spotify