Marah – Float Away With The Friday Night Gods 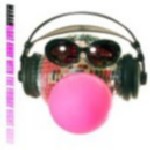 There are few things I find more distasteful than rock music without balls. Take away the passion, the sex the sheer bloody mindedness from rock, and what are you left with? Squat, that’s what, even worse than the wads of cloned teen pop bands that pollute the charts, the ‘rock-lite’ band is made even more insufferable by the knowledge that they’re probably so smug about having mastered a couple of chords on a guitar.

And believe me, Marah are ‘rock-lite’ in all its foul glory. You can imagine the band sitting around watching episode after episode of Buffy or Dawson’s Creek, willing their music to be played. Luckily for them, I’m sure they’ll achieve this, on tracks like ‘Crying on an Airplane’ they almost achieve the stupefying feat of being blander than Dido – some achievement.

At least being dull is what they’re good at, when they attempt to rock out the results are horrifying, you can imagine the guitarist preening as he hacks out his allotted two chords, dreaming of his MTV glory. The producer has obviously realised the chronic lack of substance that he has to deal with here as he overloads each track with phazers, flangers and any other effects he can use to wring some kind of excitement out of the turgid matter.

What’s worse is they probably view themselves as some kind of alt-rock warriors, when in fact they sound like some horrible fat 50-year-old record executive’s idea of what the “kids” really want. Pure filth, gutless trash that will be filed away with every other one-idea guitar band with their eyes firmly on the sales chart. And I’m sure that with the right push by their label they’ll get that coveted spot, soundtracking some flawless teen angst-ridden break-up, and enjoy their one brief hit, most probably the “anthemic” ‘Shame’.

Thinking perhaps I was being too harsh, I gave the album the benefit of another listen, but if anything it was worse. I wouldn’t wish this album on my worst enemy. Come back Five; all is forgiven.

More on Marah
Marah – Float Away With The Friday Night Gods