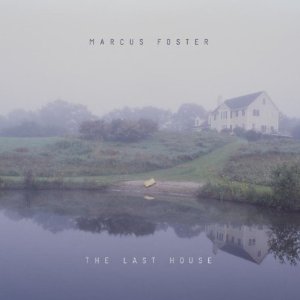 Marcus Foster is not from the United States. That’s important to remember. In 2005, when Conor Oberst released the crossover folk-pop hit I’m Wide Awake, It’s Morning under his Bright Eyes moniker, it sounded like an alt-indie, angst-driven approach at gentle country folk (albeit a successful one). Of course, many aspects of that album follow the American folk tradition – the acoustic, strings-y instrumentation, the narrative lyrics, the raspy voice – but somehow, despite Oberst’s native Nebraskan blood, he came off as a stranger in foreign territory. He was too energetic, too crisp, too meticulous.

Foster, on the other hand, comes off as the real deal. On his new mini-album The Last House, which inhabits much of the same folk pop territory as Bright Eyes, Foster smiles wearily like a red-blooded citizen of the South. His voice is young and gruff with a low bite and a saxophone’s vibrato; his band is tentative and rich; his lyrics both precocious and simple.

But Foster is a 26-year-old London native. And if he could just keep that a secret, he’d have everyone fooled. In keeping up the ruse, Foster does nearly everything right: the yawning fuzz of opening track Worn Down By Time (a title that could easily be found on a Woody Guthrie compilation), and then the rich, scratchy, horn-heavy groove of its latter half, strike up an image of Foster playing an open air show on a grassy beach in Massachusetts.

Elsewhere, on tracks like the beautifully crafted I Won’t Let Love Get In The Way, his voice executes country riffs naturally and honestly; the arrangement recalls the acoustic tracks on Bob Dylan‘s Blood On The Tracks; and his use of female vocal harmonies and a string section creates a refreshing sense of the ethereal to contrast his earthen tone.

And this sound, this Western-world haze, is largely why The Last House is ultimately a warm and enjoyable release. In fact, it is when Foster attempts to reach out beyond the rudiments of American folk music – when he digs into its variations and developments – that The Last House falters.

Despite his acoustic simplicity, Foster has the capability to sound emotionally massive, as on the record’s magnificent closing track Solid Ground, a track that broods and builds disarmingly, its rests lulling like pauses for breath and reflection. But when Foster kicks the volume up and tries to sound massive intentionally, he sounds uncomfortable and out of place. Strange Woods, likely a take on dirty indie-blues, begins promisingly with a bit of musique concrete, but as soon as the churning crashes morph into a beat, things largely fall apart: when Foster distorts his voice and turns his guitars on overdrive, he sounds less like The Black Keys and more like Dire Straits. Furthermore, Foster’s instrumental effort, the record’s title track, is nice break from the battery of Strange Woods’ drumming, but the piece for strings relies too heavily on dissonance and comes off eerily as a cover of Leonard Cohen‘s Hallelujah.

It’s unfortunate that the album is so short, because those two tracks take up a much of it. But at the end of the day, they are forgivable dalliances in forms with which Foster is unfamiliar; that is, with forms beyond the scope of country folk. And in this sense, a comparison with Conor Oberst is not unreasonable: Oberst has become notorious for making a very similar mistake. But unlike his American counterpart, Foster crafts songs that sound genuinely homegrown, real Southern tunes with organic, ghostly breadth. So while Foster seems right now to be an Englishman following in a Nebraskan’s footsteps, many years from now – when 2005 and 2012 are easy to mix up – people may just assume the opposite.