Mariah Carey – Me. I Am Mariah… The Elusive Chanteuse

by Amelia Maher
published: 26 May 2014 in Album Reviews
Tweet 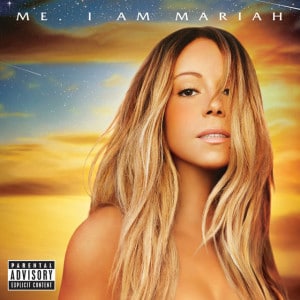 Five years since Mariah Carey released an LP, the diva returns with her 13th studio album. The familiar vocal theatrics are present, as is a breathtakingly egotistical album title. But there’s something that isn’t sitting right with this album. It seems confused.

Even in its inception Me. I Am Mariah… The Elusive Chanteuse had trouble finding its feet. It was originally meant to be released in 2012, then 2013; the first single Triumphant (Get ‘Em) came out over a year ago, and it doesn’t even feature on this album, a work that was meant to be called The Art Of Letting Go.

That and the fact that the final release date hopped around from early May to July then back to May has made for even more confusion. Yet, the main uncertainty lies in this album’s search for an identity. The title seems to highlight a need to convince herself that she still has a cemented identity in today’s fast paced industry.

Opening track Cry is a soulful, stripped back ballad, which perfectly demonstrates Mariah’s fabulous vocal range. Accompanied by a strong piano part, it gives the listener the idea that this is going to be a soul album. It’s a love song, where Mariah soars around the top octaves and the strength of her vocals comes across as effortless. But it isn’t representative of the rest of the album. But it is followed by tracks such as Dedicated, featuring Nas, which sounds like a desperate attempt to fit back into the current R’n’B scene that Mariah has been absent from for half a decade.

And then there’s #Beautiful, featuring Miguel, which sounds like it was written by Bruno Mars, while Thirsty returns the album to the R’n’B side, and is a sultry, club number that has the potential to become an anthem by the end of the year. It is one of the stronger tracks on the album, as it is more confident in what it is trying to achieve. The same can be said of Make It Look Good, probably the catchiest off the album, with the best structured song and sounds like the most immediate hit.

But You’re Mine (Eternal) dates the album, and makes it sound like it was from the late ’90s. That’s not to say Mariah’s voice doesn’t sound incredible; it does. It twinkles and constantly takes centre stage. But, it’s nothing new. We all know she can reach notes that we previously didn’t even know existed. These tracks just don’t sound up the standard of It’s Like That or or 2005’s Get Your Number. There are too many songs, with many sounding like fillers that just do not need to be there.

There is no denying Mariah Carey can sing. She is blessed with a voice that can soar across five octaves. But, for an album that should have seen her return to the throne of chief diva, this falls short. This album cannot decide where it wants to stand. Is it a soul album, an R’n’B album or a Bruno Mars homage? Even for all its collaborations, bringing in Mary J Blige and R Kelly, the desperate skirting around for identity leaves this album feeling underwhelming.