by Alan Ashton-Smith
published: 16 May 2016 in Album Reviews
Tweet 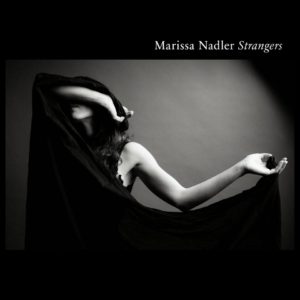 The gentle piano chords that open Divers Of The Dust, the song that opens Strangers, belie what follows in the album. When Marissa Nadler’s keening voice enters, occasionally laced with vibrato, it brings us closer to the dark undercurrents that resonate in the record, but nonetheless this track appears to be a means of gently introducing the listener to the album.

The music takes a more sinister turn in Skyscraper, with its minor key arpeggios and the pulses of bass that shoot through the song. It’s a good example of how this is an album of contrasts: between acoustic ballads and heavy feedback, between languorous songwriting and an odd sense of urgency, and crucially, between dark and light.

Nadler released her first album in 2004, and this is her seventh record; but it’s the second of her albums that’s produced by Randall Dunn, and the second to be released through the Sacred Bones label (in the US; Bella Union release it in the UK), and she seems to have found fitting partnerships on both counts. Dunn is known for working with the likes of Earth, Boris and Sunn O))) – heavier stuff than Nadler’s material, but he brings just the right amount of that weight and doominess to his production here. With the excellent Sacred Bones, Nadler has label-mates in psychedelic acts like Moon Duo and Föllakzoid, but also, more significantly, surreal noir auteur David Lynch.

Nadler has said that she doesn’t like the words ‘ethereal’ and ‘haunting’ being applied to her work, so ‘Lynchian’ might be an appropriate epithet with which to describe this music. She has also expressed an interest in working with Lynch one day, and she might just be in with a chance, since there is something very slightly unsettling and eerie in her songs, despite their essentially conventional structures.

The stately Hungry Is The Ghost is a case in point: the little piano riffs that rise up at the start of the chorus bring a music box effect and conjure up images of mechanical toys moving against a dark background. Some of the sonic effects going on in the background contribute to the mood. It’s hard to tell at times whether you’re hearing guitar feedback or synthesisers; it feels analogue or even acoustic at its core, but there is something electronic about it. This disjuncture lends that sinister, Lynchian air; it creates an uncanny valley effect, the feeling of something artificial that appears unnervingly natural.

The same might be said of Nadler’s voice. It’s so cool, smooth and glassy that it almost feels as though it’s something that’s been created out of disembodied sound waves; but there is a very human wistfulness to it too. The obvious comparison, which has been made plenty of times already, is Lana Del Rey – but a more sophisticated, more mysterious Lana Del Rey.

Of course, it’s only in very rare cases that an album can succeed on atmosphere alone. Strangers has huge quantities of atmosphere, but peeling that away to take a closer look at the songs reveals a mixed bag. There are certainly some gems: Janie In Love has a yearning chord progression, a lovely chorus and some stabs of darkness in Dunn’s production; and the aforementioned Skyscraper is another standout track.

But the album tails off towards its end. The closing track is called Dissolve, and the record seems to do just that: ending with a simple acoustic song was clearly a deliberate move, but after the haunting (sorry) music that’s gone before it, the song feels lonely rather than intimate. For the most part Strangers succeeds because of its strangeness, but when that strangeness slips, the album as a whole does too.