by John Murphy
published: 28 May 2012 in Album Reviews
Tweet 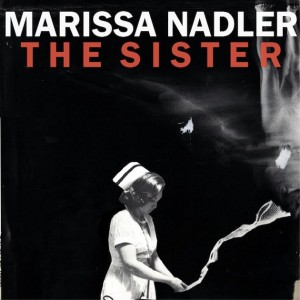 Marissa Nadler’s fifth, self-titled, album was somewhat of a labour of love for her. Entirely financed by the crowd-funding website Kickstarter following the departure from her record label, it was a beautifully fragile album of heartbreak and loss.

Now, Nadler has quickly returned to those songs released last year for a ‘spin-off’. The Sister, as the name would suggest, is a sister album to Nadler’s eponymous record, consisting of eight songs that are loosely related to those on her previous album.

Of course, you don’t require an in-depth knowledge of Nadler’s back catalogue to appreciate The Sister. In fact, with its relatively short running time, it makes for a fine introduction to Nadler’s work, the sparse instrumentation highlighting her beautiful voice.

Although it’s still sparse, the sound is a bit more fleshed out than on her previous album. Love Again, There Is A Fire is built upon stately piano chords, there are some subtle percussive touches to the wonderful Constantine, while the ghostly backing vocals on In A Little Town help to flesh out Nadler’s fragile arrangements.

There’s more harmonies on Christine, featuring the intriguing lyric to “get out of the nightclubs, and into the light”. The aforementioned Constantine is probably the stand-out track, at least lyrically, telling the tale of the titular Constantine, who “joined a band, to play rock ‘n’ roll”, while Nadler wonders “does he recall the codeine days”. It’s mysterious, alluring and intriguing, and lent a rare beauty by Nadler’s finger-picking acoustic.

Often lazily tagged as just ‘folk’, there’s far more to Nadler than meets the eye. With that voice, she can invoke emotions like deep despair and sorrow, and then sound almost impossibly hopeful on the next line. There’s a wallowing, dreamy quality to The Sister, similar to that of Beach House, or Cat Power‘s lusher moments.

It’s true that some people may find The Sister a bit too downbeat, as the tempo never varies throughout the album. While it’s admittedly not the album you’d turn to if you were hosting a party, that’s never been Nadler’s forte anyway. This is wistful, melancholic music for those quiet moments alone.

At just eight tracks, The Sister never outstays its welcome, and by the time it’s finished, you’re likely to want to go straight back to the start. And if this is your first introduction to Nadler, you’ll want to explore her back catalogue straight away.