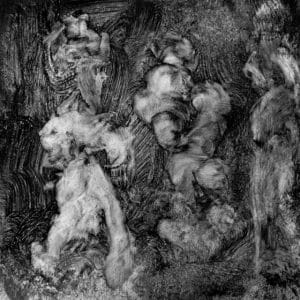 Mark Lanegan’s long and winding career has seen him as a member of Screaming Trees, a solo artist, a collaborator and a hired hand. The one constant has always been that voice, a whiskey soaked, tobacco stained tone that should be familiar to almost everyone by now. Gracing albums by Soulsavers, Queens Of The Stone Age, his own solo projects and many others, Lanegan is the go-to guy when you want that soulful, after hours drawl.

His work with Duke Garwood might well have been missed by all but the most committed to Lanegan’s output. Their first album together, Black Pudding, showcased Garwood’s sparse but affecting guitar playing. Since then Garwood has been a part of Lanegan’s touring ensemble as well as playing on Lanegan’s Gargoyle. With Animals is their second album together, but it finds the pair taking a slightly different approach this time around.

Garwood’s guitar playing is still present and correct, but it takes something of a back seat to atmospherics, tape loops, old school electronic drums, and the dusty warmth of analogue recording and production. The result is an album that sounds nothing like its predecessor, although the after hours tone remains. This album exists in that period of time when the bar lights dim, the lock goes on the door and the drinking becomes serious. It’s no surprise to find Lanegan crooning “come on now nighttime children, sing your own harmony” over a spectral hum and basic drum pulse on opening track. With Animals is most definitely an exploration of the soul carried out exclusively after-hours.

The lo-fi approach favoured on Wild Animals gives it an intimate feel that drags you in, making it an enveloping, almost claustrophobic experience. That something so powerful can come from something that sounds so brittle and damaged is testament to Garwood and Lanegan’s ability to create such dense atmospheres from so little. The pulse that drives Feast To Famine sounds distorted to the point that it could almost be the sound of Garwood’s fucked-clock heartbeat. The slow swells that surround it feel as the tape that contains them could disintegrate at any moment.   As might be expected from an album that inhabits the dark night of the soul, many of the lyrics relate to loss, lonliness and love (or lack of it).

LA Blue finds Lanegan asking “won’t you miss me baby” over a sparse guitar backing, Lonesome Infidel (a song that is barely there at all) not only finds the protagonist spying a lonesome infidel, but also seeing his love escaping, whilst going “out of his head”. Naturally, the fairly straight-up blues of Spaceman contains a certain amount of loneliness too.   Elsewhere, there are nods to murder and magic and death (most notably on the title track), but despite these bleakest of topics, the album ends on something of a high note.

Desert Song finds Garwood and Lanegan embracing the simple guitar/vocal approach, and although there’s still a lot of space in the music and sorrow in Lanegan’s vocal when he sings “don’t take me away from this dream, even though it’s not what it seems,” there’s a sense that despite the darkness of life, there’s still something worth living for.  With Animals might be a predominantly bleak work, but within its crumbling walls of decay, there’s considerable beauty to be found.