Martha – Blisters In The Pit Of My Heart 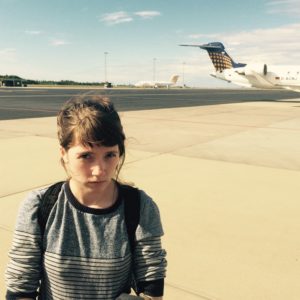 There’s something indefinably, indubitably likeable about Martha, the young four-piece indie-pop outfit from County Durham. That quality leaps out at you from the minute you glance at the tracklisting for their second album: this is a band quite happy to name a song after a Russian playwright or the lead singer of The Replacements. A band unafraid to reference two Coronation Street characters who probably left the show long before any of them were born. A band who specialise in loud, fuzzy knockabout tunes, but end their album on a wistful, almost acoustic, strum.

Blisters In The Pit Of My Heart, the follow up to 2014’s Courting Strong, takes the template laid down on that debut and builds on it. Not only are the songs stronger, but there’s an added confidence and swagger this time around. There’s a kind of urgency and wide-eyed wonder that only bands in their early 20s can produce – there’s a rush in the way they sing “hey hey when you going to get off work” that perfectly encapsulates the thrill of young love in a life otherwise dominated by mundane jobs.

At first listen, these little details may pass you by. There’s something a bit overwhelming at first about Martha: the 100mph pace, the cute little lyrical asides, the high singing voices, sometimes even rising to a bit of a squeak at times. Yet, after some repeated plays, it’s clear what a clever band they’re becoming. That’s not clever as in arch or knowing – it’s the sort of cleverness that, towards the end of Precarious (The Supermarket Song), feels compelled to throw in a quick, blink and you’d miss it, snatch of The Clash‘s Lost In The Supermarket.

Similar tricks are pulled in Curly And Raquel, that aforementioned ditty about two soap opera characters. It’s a glorious track anyway – possibly the finest moment on the album – but made even better when you realise that, every time the chorus comes around, they’re paraphrasing Billy Bragg‘s Greetings To The New Brunette (for example, “I’m celebrating my love for you with a cherry pop and a bad tattoo”). It’s also delivered with a kind of breathless intensity that becomes almost compulsively listenable.

There’s not that much let up in that pace and intensity – Chekhov’s Hangnail is an early highlight, blessed with a soaring chorus of “when it rains, well it really fucking pours” while Do Nothing, featuring bassist Naomi Griffin on lead vocals, sounds almost tailor made to throw yourself round the nearest indie-disco to. Only really on Icecream And Sunscreen does the pace drop slightly (for the first minute at least), which makes the closing St Paul’s (Westerberg Comprehensive) that much more affecting. For, after half an hour or so of breakneck, scuzzy indie-rock, the album closes on an reflective ballad that namechecks a Replacements song (“I’ve grown as big as I can be, as small as when you found me, humming Bastards Of Young) and seems to bid farewell to youth and look, with trepidation, on the big wide world.

It’s a beautiful end to a very accomplished second album, and you can almost see the band outgrowing their DIY roots in the most subtle of ways. They’ve already proved themselves experts at chronicling a youthful viewpoint – the exciting thing is imagining how they’re going to expand on that in the years to come.