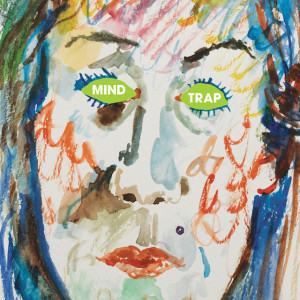 Music has always been an integral part of Turner Prize winner Martin Creed’s art. The work that entered the wider public conscience was Work No 1197 as part of London 2012’s Cultural Olympiad, where for three minutes the country was awash with a sea of bells. His 2010 show Down Over Up at the Edinburgh Festival had musical steps, which made the chore of climbing stairs a tuneful, pleasurable experience. There is also Work No 409, where a dull lift journey is transformed into a rising or falling chorus depending on which way you’re going, and a specially commissioned piece soon to mark the return of the Royal Festival Hall’s organ.

But his paintings and other artwork are also rooted in a sort of musicality – for example rising scales, minimalist precision and balance. While a woman forcing herself to vomit on video for over a minute may not be especially musical (viewer discretion, obviously), it perhaps sums up what music – art – can do in reaching in and forcing an emotional reaction from us. In My Bloody Valentine‘s case live, a reaction much like the video.

Mind Trap follows on from 2012’s Love To You and, in many respects, sums up Creed’s work: there’s an irreverent, eclectic and accessible playfulness at its heart, much like all his work.

In drafting in Andy Knowles (Fiery Furnaces) and Franz Ferdinand‘s Nick McCarthy as producers, a jagged art-pop sound was always on the cards, as openers Kid Yourself and If You’re Lonely prove from the outset, the latter with typical Fiery Furnaces-like synth and tightly tuned guitar. Meanwhile, new single You Return – which soundtracks new artwork piece Work No 1701 – has a welcoming angular indie pop sheen to it, with Creed’s satisfying Anglo-Scottish drawl complementing it well.

From there, it takes a turn towards Ivor Cutler territory with its simplicity and naiveté. During I Want You, Creed’s vocal becomes rather aching, vulnerable even, with gentle toots of harmonica alongside as he voices his simple yet heartfelt need for someone: “I want you to go where I want you to go… I want you, yes I do.” All somewhat reminiscent of Cutler pieces like Darling Will You Marry Me Twice from 1967’s Ludo and A Romantic Man from 1998’s A Flat Man.

From there, the lyrics retain that Cutleresque surreality, albeit framed contrastingly. Don’t Tell Me is a catchy, oblique sounding, adolescent-like tirade against being bossed about and features a minute’s worth of equally adolescent swearing (“Don’t, you tit; don’t, you dick; don’t, you prick; don’t, you cock… don’t, you wanker… don’t tell me what to do”).

The New Shutters, sung mostly in Italian (Creed lives on the island of Alicudi, north of Sicily) before blending back into English, has a delicate Mediterranean feel and again has a yearning subject at its centre (“If I don’t see you, I will die”). I Like Things then returns things to a more minimalist level – acoustic guitar and one, basic lyric repeated (“I like things a lot. I feel very well… I like things”) – all delivered within just over a minute.

It’s at this point that you forget Creed, the award winning A-list Brit artist shortly to command most of the South Bank to himself. Here, he reveals a fragility that art shown in galleries can only hint at. I Love You does this extremely well, with an emotional Creed repeating “I love you” differently throughout – from “love you I” and “you I love” – alongside soaring female backing. This comes before the title track, which hints at what is to come with its strings and arrangements while also remaining Cutler-like (“I got myself into a mind trap and now I’m looking for a mind trap map”).

Indeed, the final tracks follow the Creed naming moniker and mark a distinction from the preceding tracks. Here, the simplicity is replaced with the complexity of orchestral arrangements: more ‘artful’, so to speak. Work No 955, at almost three minutes, includes deep-sounding brass against shrill sounding woodwind and prickling-sounding glockenspiel, with varying tempos throughout. The 19-minute long and highly accomplished Work No 1375 continues this further, presenting with it a delicacy which then morphs into near bombast, high-tempo woodwind that transforms into bellowing brass.

For Creed, music embodies who he is as an artist. The latter tracks are technical and cultivated, much like a number of his installations. Yet the earlier tracks showcase his mischievous and, for want of a better expression, natural side. There is a deep sense that he is revealing himself to us. Of course, music is the ideal and most obvious outlet to do that.

What we have with Mind Trap is something like his Scotsman Steps – an at times minimal sounding album with steps and layers that build towards something. The music and the art stand apart, but they’re inevitably intertwined.