by Thomas May
published: 27 Aug 2012 in Album Reviews
Tweet 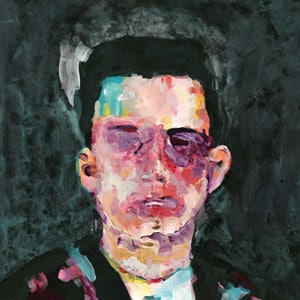 “There’s just one in a million hearts that feels the way, the way I do,” laments Matthew Dear as Her Fantasy, the opening track of his fourth full length album Beams, stumbles into motion. Dear’s weighty groan is cast adrift amidst the slow motion gauze of vocal samples, translucent synths and tumbling percussion, cutting through the breezy soundscape with a profound, regretful melancholy. As the song continues, the sense of alienation expressed in the lyrics intensifies whilst the surrounding music continues to gain vitality in a surreal counterpoint of colliding emotions. As he questions “Am I one heartbeat away from receiving a damaging shock to my life?”, Dear’s inescapable isolation is embodied by the extreme contrast between this honest expression of inner turmoil and the ecstatic outpouring of the song’s instrumental climax which follows immediately after.

The dichotomy presented so deftly on Her Fantasy forms the primary concern for the entirety of Beams: Dear’s persona of a romantic, misunderstood soul is constantly forced into colourful, rhythmic and positively extroverted aural spaces. Yet, rather than presenting a two dimensional antagonism between conflicting factions, the relationship between Beams’ two sides is strikingly symbiotic. Where overwrought emoting and indulgence could easily have prevailed in a more manipulative musical setting, Dear’s laments take on an understated honesty as he plods on in earnest against the pervasive external forces. As such, this set of songs comes to enact its emotional content rather than simply representing it, culminating in an utterly absorbing and engaging listening experience.

Likewise, the playful production – a subtly textured take on synth pop and techno – sits perpetually in the shadow of Dear’s vocals, as if filtered through a dusty, warped lens. In this context the overt light-heartedness of the music appears forced and almost sleazy, tainted with an ulterior motive. At its most tactile, Beams takes on the distorted, half-remembered terror of early Disney cartoons in which the innocent joy of bright technicolour takes on a nightmarish foreboding in its sinister exaggeration of proportion. Indeed, the sickly cover painting could be seen as a manifestation of Beams’ claustrophobic atmosphere: there’s colour here, for sure, but it’s all become stretched somehow into a grotesque distortion of reality.

Far from coming off as a gimmicky or naïve mechanism, Beams’ contrasting tones are essential to the album’s stunning dramatic potency. That such a seemingly simplistic premise to the album could reach the levels of complexity and intrigue found on Beams is indicative of Dear’s fearsome skill as a songwriter and producer. These songs ebb and flow, build and release, twisting through labyrinthine structures without ever feeling overly sprawling or unfocussed. The uniformity of Dear’s vocals provides a cohesiveness to the eclectic aural territories explored throughout Beams: his deadpan delivery anchors the music, providing a dependable reference point as the album travels through an array of disparate sounds, from post-punk bass lines to wobbly, Boards Of Canada-esque synths.

If his reserved vocals – which simultaneously recall the unaffected deliveries of Nicolas Jaar, James Murphy and David Byrne – occasionally seem to lack in variation and colour, it is only because Dear sticks so steadfastly to his guns throughout the album. Beams is not intended as a forgiving listen. This album is unapologetic in its singularity, yet listening to this record is an experience that is as rewarding as it is exhausting. Beams is an uncompromising, forceful and darkly beautiful album from a formidable musical talent.