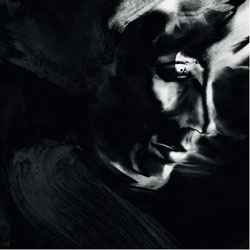 Descriptions of Matthew Dear as a DJ or a dance music producer only partially prepare for the sheer weirdness of Black City. As might be expected, Dear is clearly something of a nocturnalist, fascinated by darkness. But Black City enters a stranger, more disorientating world than 2007’s Asa Breed, where Dear constructed a gauzy, romantic modern disco sound. Black City is a sleek but murky creation that owes a notable debt to the more questing and imaginative music of the early ’80s. Dear’s tempos here are mostly slow, never rising above moderate, and the result is an anxious but exhilarating journey through the night.

Perhaps the best thing about Black City is that it has no inhibitions whatsoever. Dear is thoroughly shameless in venturing wherever his dirty mind directs him. You Put A Smell On Me is as fantastic as its title, a robotic funk trip with an unstoppable libido, playing with the innuendos familiar from the likes of Grace Jones or Frankie Goes To Hollywood. The gritty, slightly disturbing Slowdance builds a collage of deep, processed voices that harks back to Yello. This kind of retro-futurism could not be carried off with any degree of reticence or insecurity. Dear has the necessary confidence to make it work.

Dear is also too unconventional an artist to fill Black City with such modernised reconstructions; the right choice, for, fun as they are, they would have made for a somewhat tepid and unoriginal album. Honey opens the album with brilliant minimalism – some delicate, rustling drums, a subtle bass line built from only three notes and Dear’s unnerving vocals layered over it. It achieves a menacing intensity through building levels of sound rather than from complicating any of its core elements. As it drifts to an ambiguous conclusion, Dear’s vocal orchestrations start to resemble TV On The Radio. This is where electronica meets contemporary psychedelia. Even more unexpected though is Gem, a haunting, spectral piece that could almost be termed a piano ballad. It will surprise many simply for being unlike anything else Dear has recorded.

Throughout Black City, Dear makes both cerebral and physical music from the bare minimum of constituent parts. The album’s most enjoyable moment comes with I Can’t Feel, which sounds like Dear transplanted the urgency of new wave to the more mechanised world of the dance floor. Very little is going on here musically but it sounds irresistible. When he does decide to pack all his ideas into one piece, as on the wonderful dancefloor epic Little People (Black City), he manages to anchor it all not just with an insistent four square club beat but also with recurring themes and motifs, carefully adding and retracting elements. It only takes one simple idea to radically change the mood, in spite of the constant, unwavering pulse.

In a world still dominated by collaborations and guest vocalists, it’s rare to find an electronic producer so adept at using their own voice. Dear’s heavily treated and masked vocals are a world away from the more natural approach recently adopted by Matthew Herbert on One One. Herbert sounded intentionally vulnerable and human, Dear sounds relentless, cold and detached – an omniscient presiding instigator. Black City could in fact serve as the other side of the One One coin – both albums document the thrill and consequence of modern city life, one with a confessional, humble touch, the other veers into darkness with aggressive confidence. Dear’s journey into the underworld is as exciting as it is dangerous.