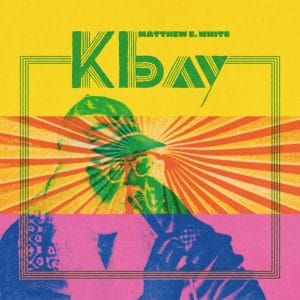 Few artists are so deeply steeped in the musical history of America as Virginia’s Matthew E White. The 39-year-old singer-songwriter, arranger and producer established his reputation more widely with two well-received solo albums – 2012’s Big Inner and 2015’s Fresh Blood. By then, White was already an established name on the South’s alternative scene, founding the avant-jazz ensemble Fight The Big Bull and his own label Spacebomb during the 2000s.

He’s also collaborated with kindred spirits including Bon Iver‘s Justin Vernon, Sharon Van Etten and Flo Morrissey, with whom he released a 2017 covers album, the intriguingly titled Gentlewoman, Ruby Man. Throughout, White’s work has been characterised by his impressive range of influences (soul, jazz, folk, gospel, psychedelia, R&B, musicals) and the sonic ambition of his expansive, often lavishly orchestrated records.

Six years on from Fresh Blood, K Bay, White’s return as a solo artist, is a slight disappointment. The album was produced by White and recorded between his beloved Kensington Avenue home studio (and album namesake) K Bay, Richmond’s Montrose Recording and his own Spacebomb Studio. While he’s sounding as bold and varied as ever, White’s songwriting feels a little less focused, with tracks like the seven minute opener and single Genuine Hesitation and Take Your Time (And That Orange To Squeeze) tipping over into self-indulgent dirges. Electric and Nested are both charmless and rather shouty – granted, White’s never really been one for syrupy melody, but there’s a certain lack of elegance here that’s rarely present on his earlier records.

Thankfully, after an underwhelming start, K Bay does improve during the second half. The sweeping, Randy Newman-style ballad Only In America/When The Curtains Of The Night Are Peeled Back finally gives White some space to put his soulful voice front of stage, with the cacophony of synthesisers and guitars of the earlier tracks replaced by sparse orchestration and ambient atmospherics. Never Had It Better is a lush melange of cinematic strings and shuffling beats; Shine A Light On Me is a soulful, stripped back Exile On Main Street-style hymnal ballad and Hedged In Darkness is an epic, slow-building closer, with the combination of brass, strings, soaring electric guitar solos and stately organ finally gelling rather than spilling over into chaos.

Had White maintained the quality of these later songs throughout the whole of K Bay then we could have had an outstanding record on our hands, but ultimately it has to go down as a frustratingly uneven comeback from an artist who sometimes lets his sheer wealth of ideas and throw the kitchen sink production style get the better of him.