Matthew Herbert – The End of Silence 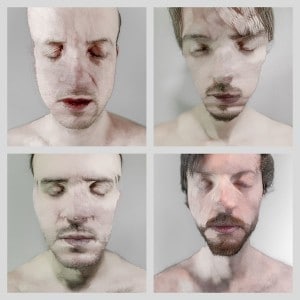 Comprised of one five second sample of a pro-Gaddafi plane bombing Libya, Herbert twists, loops, and manipulates the sounds of a siren, crowd chatter, and a bomb exploding with a band in tow to create a disorienting piece, expanding five seconds into almost an hour and making you feel wholly insignificant in the annals of history.

On The End Of Silence, Herbert slows down soundwaves to create a piece that sounds chopped up and put back together, one that’s in no way conceptually more complex than a student music project, even if Herbert is dealing with a weighty topic. In general, it’s not the sound of the bomb, the crowd chatter, or the blaring siren that captivates on The End Of Silence; instead, it’s the short nothingness inbetween that’s truly creepy. During this silence, you’re given time to think about all of the people the bomb killed, what they themselves were thinking at an instantaneous moment, whether there were any close life or death calls, and whether there was any way a victim could have dodged the bomb.

Indeed, most importantly, The End Of Silence reminds you that life is a game of inches and seconds. It’s this concept that Herbert explores so successfully. The siren and bomb could have come from any cultural or historical context; all that matters is that Herbert is dealing with death. Halfway through Part 1, Herbert manipulates the siren to sound like the piano chimes signalling the arrival of The Grim Reaper before twisting the screams of the people below and relaying the distorted, almost broken dub sound of the bomb dropping. However, The End Of Silence is not really a series of tracks or moments within songs (it’s composed of three parts) but rather a conceptual whole, one that, much like Terrence Malick’s The Tree of Life, renders concrete weighty topics like death, loss, and emptiness.

Even if the specific context of The End Of Silence’s sample is not important, the album does succeed on a sociocultural level not as an awareness piece about Libya but rather as an antidote to the way we live our lives: in constant motion, without stopping, and reacting to one thing after another as it comes to us without much time to think. The general public is often aware of atrocities and deaths, but Herbert makes you painstakingly concentrate on one specific moment in time during which many people died. He doesn’t let you look away. And like a car crash, you can’t look away. Or in this case, you don’t want to turn the music off.

An artist who has produced classics like 2001’s Bodily Functions and 2006’s Scale, Herbert has created an ambitious and successful piece of music that, in an ideal world, would be the type of story covered in the mainstream media. The End Of Silence is a sonic experiment gone right, conceptual art that blows away any given self-involved art student’s eye roll-worthy performance piece. More importantly, The End Of Silence is a testament to the power of art to make a statement both personal and political, one that bluntly and effectively portrays the unfortunate side effects of violence whether you think violence is politically necessary or not. In other words, The End Of Silence is a tasteful look at the butterfly effect that is smart not to get caught up in the consequences of a moment, instead exploring that moment to the fullest and leaving you to wonder.