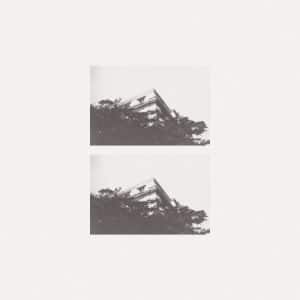 It’s been just four months since Yuck officially announced a split, but the band’s frontman Max Bloom has already been busy, knocking out his second solo album in little over a year, debut Perfume arriving during the first stages of lockdown. And it’s lockdown that we have to thank for Pedestrian, Bloom’s inspiration being taken from the empty spaces and desolate feelings created by a lack of people where they would normally be teeming.

Bloom also discovered the joys of running – or benefits, maybe, as does anyone really enjoy running or is it for fitness purposes only? – and on one of these runs he saw the sign ‘Pedestrian’ which formed a catalyst for some serious song thinking and planning as well as a song and album title. The London-based artist then buried his head in the task ahead, playing virtually every instrument whilst recording his new album in his new home studio in Hackney.

Pedestrian is going to come as something of a shock to those that were not privy to Bloom’s solo debut, and remember Yuck as noisy shoegaze disciples. It’s a far cry from that, positioning itself at the other end of the spectrum completely, with subtle minimalism at the heart of the record. And Bloom showcases his range of talents by pinning down tracks via piano, acoustic and electric guitar as well as adding brass touches here and there.

A simple piano line underpins the opening title track that leaves you thinking surely this has been written before, it’s that straightforward and effective, sitting near something Badly Drawn Boy could have rustled up with its gorgeous melody. The Weatherman is strikingly similar, if not quite a carbon copy. Yuck have often been seen to have a slightly weird side, and the warped Imposter Syndrome taps into this element with All The Same also benefitting from some POND-like warpiness.

With much less raucous noise on show, lyrics are fully revealed. After an electric guitar loop opens Palindromes, Bloom tells of going “forwards and backwards every day” and that “our cup is overflowing” during a summery cut. A Stealers Wheel-like acoustic riff introduces reflective number How Can I Love You where Bloom tells of his parents being too hard to please and that how can he love someone else when he doesn’t even love himself. Highlight America then tells of his love of the US, namechecking several places before declaring “I love you so” and “tell me what’s not to like” before stating that “maybe I’ll live there someday”. Under Green Skies then takes a descending riff and moody bass line, lyrics now reflecting on the limitations that lockdown brought, “I’m trapped in this cage against my will”.

Pedestrian isn’t going to grab you by the throat or rip up trees, being both pedestrian in name and largely in nature too. But don’t let that put you off; the pace may be rather ‘foot off the gas’ but its subtlety is endearing, as is the vulnerability displayed by Bloom’s vocals. For once we can be thankful for lockdown as, without it, Pedestrian would probably have walked into our lives considerably later than it has.