Melody Gardot – Sunset In The Blue 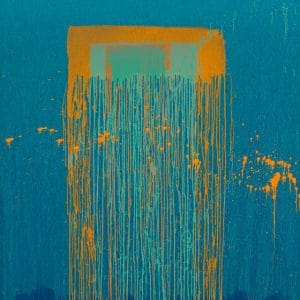 For Melody Gardot‘s fifth album, she’s taken a ‘back to basics’ approach. The American jazz singer’s last record, Currency Of Man, seemed a conscious step away from her roots, adding touches of gospel, funk and blues to her easy-listening sound. She was addressing more worldly topics than previously as well, with songs touching on subjects like civil rights, racism and poverty.

Like most of us in 2020 though, Gardot’s now looking for comfort in familiarity. Sunset In The Blue is her ‘lockdown’ album, with musicians from around the world recording their contributions at home and sending them to Paris (where she relocated to in 2017 and has lived since) where Gardot, producer Larry Klein and composer/arranger Vince Mendoza pieced them together.

Technically, it’s an impressive achievement. Listening to it, you’d swear that the Royal Philharmonic Orchestra were in the same studio as Gardot, rather than virtually accompanying her. While there’s nothing particularly challenging about Sunset In The Blue, there’s no denying that Gardot has become something of an expert in this kind of thing: originals, covers and old standards all performed in the best possible taste.

In these days when travel is in its most limited form, there’s a certain delight in being aurally transported to a Parisian café, and the opening If You Love Me sets the tone beautifully – the string sections, gently brushed drums and slowly strummed guitar acting like a comfort blanket. There’s even a track called From Paris With Love if there was any doubt about the vibe that Gardot’s created.

Gardot is in reliably good form vocally – while there’s never any chance of her performing any vocal acrobatics, her understated hush of a voice suits these songs beautifully. And while some of the song choices are frustratingly predictable (do we really need yet another version of Moon River?), there are some interestingly leftfield choices too, such as Lesley Duncan‘s Love Song, previously best known as an album track on Elton John‘s Tumbleweed Connection record.

The trouble is that while the album is fine to wallow in for a while, it starts to become a bit dull, especially with a running time of nearly an hour. With the pace never rising above barely a trot, there are times when it all starts to sound soporific. You Won’t Forget Me badly overstays its welcome at over six minutes long, and That’s Where He Lives In Me is also so languid as to almost be horizontal.

Of course, none of this will matter to long-term fans of Gardot, who will be all too keen to sink back into this warm, unobtrusive album. Yet for all the lovely little touches on display, you may find yourself yearning for something a bit more upbeat and unpredictable. After all, even a slumber party needs livening up every now and again.