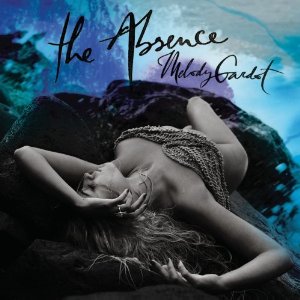 It’s important for some artists to be as diverse as possible. Melody Gardot‘s music primarily takes influence from jazz and blues, but she’s always taken in other styles of music. On her third album, The Absence, it’s a case of more of the same. She’s travelled a lot in support of her music (mostly thanks to her 2009 breakthrough, My One And Only Thrill), and it makes sense that other cultures should have inspired the creation of its follow-up.

The Absence is diverse in sound; there is a clear Latin influence audible in opener Mira (Spanish for ‘look’), and this is something which crops up at other points on the album. Elsewhere, though, Gardot seems to be sticking to a formula, as the album is mostly composed of mid-tempo songs. While her voice is impressive, arguably reaching the peak of its powers on If I Tell You I Love You, sometimes it is the only thing that can give the new material a much-needed kick, as it often sags under the weight of its own ponderousness.

The celebratory closer Iemanja is one of the few songs on which she cuts loose, slotting in nicely with Lisboa and Se Voce Me Ama as one of the more up-tempo numbers on the album. However, lot of the new record is cut from the same cloth, which detracts from her ambitions somewhat – as does the fact that love seems to be one of the only things on her mind. Moreover, a lot of the ruminations on romance are unhappy ones, whether drawn from her own experiences or those of the people she met on her travels.

Her emotions would seem to be worn on her sleeve when it comes to love, too; the general mood of certain songs can be gleaned from the song titles. So We Meet Again My Heartache is as downbeat and self-reflective as its moniker would suggest, given extra weight by plaintive strings; the sultry album highlight Impossible Love finds Gardot sounding frustrated at being unable to make a relationship work, flitting between English and French as she does so. It’s only on the stirring penultimate track, My Heart Won’t Have It Any Other Way, that some light starts to shine through.

Gardot’s third outing can be irksome at times; it could do with another relatively fast-paced song or two, for a start – it’s a slog for after a while – and Gardot’s lyrical horizons need to be broadened. It is both diverse and samey, trying its hand at a number of different things before settling back into Gardot’s usual fare, content in its ways. It never really breaks free, but The Absence is, in its best bits, an album of real beauty and elegance, and should cause hearts to grow fond of her.