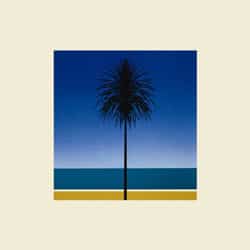 Nights Out was one of 2008’s best albums, though it didn’t propel Metronomy to startling heights. Not that it was a problem; the band have often felt like a precious secret, the partially-obscured counterweight to Hot Chip‘s chart-oriented trailblazing. This, however, may be about to change.

The English Riviera, as its title suggests, is less about house party debauchery and more about the faded glamour, romantic confessions and languid lifestyles – real or simply envisioned – of lead singer Joseph Mount’s hometown haunts along the Devon coast.

For Mount, who wrote and recorded most of Nights Out himself, this departure is not so much a change of tack as an about-face: The English Riviera feels more collaborative than its predecessor – thanks in part to new drummer Anna Prior’s gorgeous vocals – and if there are a hundred ways to cover your nu-rave past, Mount seems to have exploited most of them.

The opening salvo, indeed, immediately casts aside electro-trappings as the sound of seagulls and gently breaking waves give way to bittersweet strings – echoing Gorillaz‘ Plastic Beach intro – before We Broke Free reveals a Metronomy brand of light funk, cascading synth and tinkering percussion more reminiscent of Pink Floyd than anything else, particularly in its chaotic crescendo.

Such reverence for vintage continues into Everything Goes My Way, a Steely Dan-esque number in which Prior reflects on love’s dichotomous pain and appeal: “When I took you back / I thought you’d only up and run / But you’re still here.” She’s a revelation for Metronomy; the Beth Hirsch to their Air – even though her timbre is used only sparingly.

Sparing, in fact, is the keyword here: The Look, already one of the year’s most addictively entertaining tracks, illustrates Mount’s confidence to let the music speak for itself. Its utter simplicity – pizzicato keys, sparse percussion and the barest of bass lines – instils the track with fundamental amiability, its proggy synth solo sounding all the more fantastically indulgent by comparison.

While it’s paired with She Wants – the proverbial instant classic that first set tongues wagging about The English Riviera – in a move that establishes the album as a genuine force to be reckoned with, Metronomy continue to place little emphasis on their dance heritage: Trouble’s sunshine harmonies evoke The Bees at their potent peak; The Bay channels WHOMADEWHO-style funk as Mount, tongue in cheek, highlights the fact that Totnes is emphatically not Paris, London or Berlin.

Nights Out’s trappings, however, are not eradicated entirely: Loving Arm is more than a little The Knife-ish – if a touch more languid than the Swedish duo – while closer Love Underlined is something of a prog-dance odyssey, and most definitely the parting shot of a band that gig in LED t-shirts.

All of which renders The English Riviera as a seamless transition for Metronomy from dirty little dancing secret to bona fide contenders. While existing fans are catered to generously, the band have brought their sound on in leaps and bounds; an achievement that is testament to Mount’s evolving songwriting prowess. They don’t come much better than this.