Meursault – Something For The Weakened 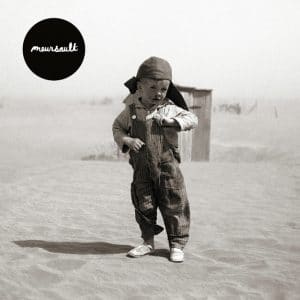 Meursault‘s third album is something of a departure from their earlier work. The band has expanded their sound considerably adding drums, bass and strings, and reducing the reliance on the electronics. Also, and perhaps more importantly, Something For The Weakend is the first Meursault album to have been recorded in a proper studio.

As such, this is more professional and polished than anything the band has done before. This may prove to be something of a turn-off to those who found a quirky lo-fi purity in the earlier albums. Such concerns should be temporary, because while the edges might be smoother, and the production values considerably more expensive, the heart of Meursault is Pennycook’s songs and this might well be his best and darkest work to date.

Meursault has always been adept at fusing melancholy with a peculiar sense of empowering vigour and something For The Weakened is no exception. But this time rather than hiding glimpses of turmoil, the emotional charge contained in these songs is more direct.

Flittin’ showcases the band’s move towards a more professional approach with its polish and added muscle. Meursault’s ability to tackle heartbreak and make turn it into a singalong is in evidence. Ignore the lyrics and Flittin’ could be misinterpreted as a feel good folk rock song, but dig deeper and the confusion and mania that comes with the breakdown of a relationship is clear. Settling plays a similar trick, its rolling riff giving a rugged exterior to a song that finds Pennycook dissolving and lashing out in equal measure. It’s not merely an exercise in lyrical emotional venting: the strangulated guitar solo and forceful rhythms leave no doubt that there’s a malevolent violence present here.

The upbeat rock of Dull Spark and Dearly Distracted’s folk via post-rock indulgence find Meursault at their most aggressive and effective and at the point between despair, hope and joy. It’s an emotive mix that the band has perfected over the years, albeit here in a more rock oriented form than previously.

For those worrying that they’ve lost depth in favour of a harder edge, there’s the wonderful brooding piano ballad of Hole. Full of hurt, introspection and an inescapable darkness, Pennycook gazes into the abyss, and finds it to be “a mile fuckin’ wide”, whilst the closing line of “it’s nice to see you smiling” contains more than a hint of cynicism and sadness.

Some of Meursault’s lo-fi essence might have been shed, but the sparse arrangements of songs like Hole or the quite beautiful (but heartbreaking) Mamie benefit greatly from increased clarity.  But regardless of the move away from their lo-fi beginnings, Something For The Weakened is a fine album and further demonstrates Neil Pennycook is a songwriter to be reckoned with.