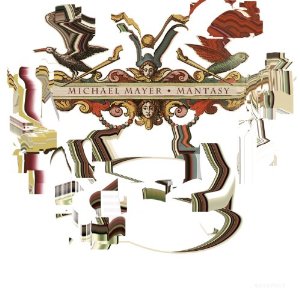 As artist albums go, a Michael Mayer release is a real rarity. In the eight years that have passed since his first album Touch, Mayer has busied himself with running one of electronic music’s most respected labels, Kompakt, from his base in Cologne. Never one to sit still, Mayer has also been running laps on the DJ circuit and putting out expansive mixes, such as the excellent Immer series, cementing his reputation as someone with an ear for a sound and a record collection to fill the alphabet of mood music.

So Mantasy arrives with an element of intrigue. Ridiculous title aside, it’s an ambitious collection which traverses the ambient, the 4/4 and, occasionally, the awful. Sully elegantly unfolds the album with its twinkling chimes and floaty notes, the sort you could stroll along to on a cold Sunday morning for hours. The gentle opening gives way to the pulsing nocturnal electronica of Lamuseta. The production is layered, precise and superb which is something that carries through right the way to the end.

Wrong Lap’s bouncy grooves are one of the few more upbeat numbers. The title track is nonsense German techno at its finest, whilst Roses sends the mood of the album into more leftfield territory with its offbeat rhythm and heavily stretched vocal samples. Bird chirps and strings interchange with a glistening dreamy soundscape on Baumhaus, which breathes to life slowly. It’s one of the album’s stand-outs and the most impressive production-wise.

Trumpets and a double bass fuse unconvincingly for Rudi Was A Punk. In the flow of the album it sits awkwardly. Phillip K Dick might have been taken aback had he heard Mayer’s take on the Voight Kampff test, all thudding and uncompromising in its march. And Neue Furche begins with an ear busting two-minute intro that eventually opens up to more bearable techno. One to either love or hate for sure.

The best is saved for last with Mayer’s ode to the dance floor, Good Times. At close to eight minutes it’s the longest on the album, with catchy guest vocals from WhoMadeWho‘s Jeppe Kjellberg. It’s a stirring tech house piece, with pianos and violins combining to round off the album on a high – friendly enough to play at a daytime party or close a club at 8am.

Mayer said ahead of this release: “Mantasy is my second solo album, but for me it’s really the first one.” In some respects it feels that way and sums up the extremely varied soundboard Mayer operates from. Whilst it isn’t flawless, it’s as accomplished as it is experimental and it seems to improve with each spin.