Midlake – The Courage Of Others 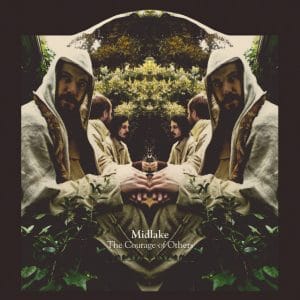 Album number three from Midlake finds the band edging away from past glories and indulging in something new – or new for them, at least. Their first album, Bamnan And Silvercork, was indebted to Radiohead while the splendid The Trials Of Van Occupanther was steeped in the influence of ’70s smooth rock. The Courage Of Others takes on the world of folk and assimilates it perfectly.

As such it is something of a departure from its predecessor. Electric guitars take a back seat, only being introduced cautiously to add colour where needed. The songs themselves possess no particularly great hooks, relying instead on subtle nuances and a wonderfully assured vocal performance from Tim Smith to ensure their individuality.

But any concerns that this is a collection of uninspiring folk songs should be instantly banished. This being Midlake, The Courage Of Others is an utterly perfect piece of work from start to finish. The spirits of Fairport Convention, The Moody Blues and Barclay James Harvest inform much of this album, but Midlake have taken their influences and created something quite wonderful.

It’s not clear whether The Courage Of Others is a concept album, but the theme of the natural world and its fall into decline seems to be a key premise. Many folk songs are concerned with fertility and the wonder of the natural world, but Midlake’s world seems to be crumbling and bleak, with only shafts of light giving the smallest slivers of hope. This is the sound of the pastoral landscape being mourned as it disappears under a sea of cement and concrete. It’s almost Hardyesque.

Kicking things off with Acts Of Man we’re instantly in a world of dreamily apocalyptic folk. Smith intones, “When the acts of man cause the ground to break open, oh let me inside”. If Warren Ellis And Nick Cave hadn’t so eloquently scored the soundtrack for The Road, Midlake could probably have done a reasonable job of it. Interestingly, Core Of Nature seems to follow similar themes to that of Cormac McCarthy’s novel, featuring a protagonist who walks through a wood accepting his bleak fate.

Children Of The Ground is possibly the album’s finest moment. It’s seemingly based in a feral landscape where “they jump on your back” and “leave an imprint on your shoulder blades”. It notes that “we’re all undone in this town” at the climax of one of the finest vocal sections on the album – a dénouement that suggests the absence of hope, despite the anthemic leanings of elements of the song.

Although the vocal harmonies are exquisite throughout and the production is warm and inviting, almost everything else on the album is unsettlingly cold. The electric guitars tend to be scabrous, like thorns on a wilting rose (Winter Dies), and at times they are brutal, such as on the strangulated solo amongst the haunting flutes on the title track.

The Courage Of Others is bleak. Many will find it a struggle at first, but there is beauty amongst the laments; it just takes time for it to become apparent. This could well be Midlake’s masterpiece, which is saying something considering the esteem in which The Trials Of Van Occupanther is held.