Mike Oldfield – Man On The Rocks 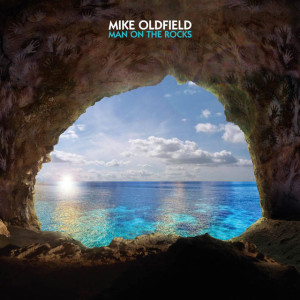 Following the euphoria of a successful appearance at the spectacular London 2012 Olympics opening ceremony, veteran instrumentalist extraordinaire Mike Oldfield found himself suitably revitalised to the extent whereby the veritable genius – once cruelly labelled an “old fart” by corners of the press – now releases his 25th studio album at the ripe old age of 60.

Of those previous 24 efforts, he will of course always be remembered for 1973’s Tubular Bells and with good reason – who else can lay claim to an album that’s topped 17 million worldwide sales? And a totally instrumental one to boot.

With the Olympic ceremony casting the spotlight back on the maestro after a lengthy absence – 2008’s Music Of The Spheres was his last studio effort – the world was reminded of his stature as one of the UK’s greatest ever musicians as he performed excerpts from that famous album along with a couple of other pieces.

Before listening to Man On The Rocks it wouldn’t be too harsh to expect nothing more than a collection of tired, uninspiring dad rock numbers and upon first airing it’s unlikely to convince otherwise. However, this apparently deeply personal album – undoubtedly inspired by Oldfield’s 2013 separation from his wife in places – should not be written off so easily.

Opening track Sailing is not the best way to showcase the strengths on offer here, a radio friendly, non intrusive number along the lines of 1983’s Moonlight Shadow but without the vital vocal contribution from Maggie Reilly; it was recently voted BBC Radio 2’s record of the week, a fact that speaks volumes with its Traveling Wilburys vibe.

Ears prick up for Moonshine’s intro though, as Oldfield does his best impression of U2’s The Edge, but as the song then trudges down another mundane path it comes as a refreshing surprise to hear an excellent guitar solo following an Irish pipe section.

The Struts’ Luke Spiller is (rather unexpectedly) on singing duties throughout and the passion in his delivery is often key. This is no more apparent than on the album’s centrepiece, the epic title track: slow acoustics provide foundations before the building commences through strings, guitar and Spiller’s vocals, culminating in another superb guitar solo.

Castaway begins even more subtly, with drums kicking in just before the two minute mark as the layering process is again undertaken until the track begins to resemble something akin to Queen, but it is, remarkably, another – and even better – guitar solo that steals the show. Nuclear is another Queen-like effort with an anthemic chorus and the lyrics are rather telling. “What a mess we made when it all went wrong,” go the words, as relationship failings are likened to nuclear catastrophe.

Dreaming In The Wind recalls Mark Knopfler’s guitar sounds until it develops into something else entirely, with more genius soloing abound; Irene, though, is a little too reminiscent of The Rolling Stones’ Honky Tonk Women for comfort, chugging along very similarly until a brass sounding section leads to its conclusion.

Minutes offers little other than a slow unexciting trudge through mediocrity, whilst Chariots boasts short sharp bursts of guitar riffage but nothing else of note to add to the ticking percussion. A cover of William McDowell’s gospel song I Give Myself Away closes the album but sounds like something an ex-member of Westlife might put out and Following The Angels repeats the title a little too many times throughout its melancholic piano based existence to warrant repeat plays.

It is undoubtedly the guitaring that represents this album’s main strength, often elevating average tracks into something better, but when telling guitar contributions are absent there’s little else to get excited about. The quality of that guitaring though is impressive enough to keep listeners coming back; the old master may not be as abundantly creative as he once was but there’s life in the old fart yet.