Miles Kane – Don’t Forget Who You Are

by Chris Saunders
published: 29 May 2013 in Album Reviews
Tweet 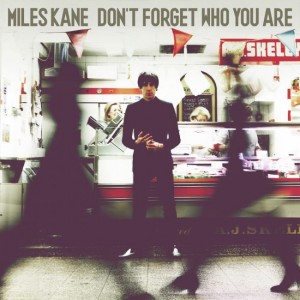 Some artists are ahead of their time. Some are of it and some are firmly rooted in the past – making music that would fit in years or even decades before them. Miles Kane is definitely in the latter camp.

He’s got the mod haircut, rakish good looks and fashion sense. He also has the background. Born and brought up in Merseyside and in bands since 18, he’s already spent nearly 10 years making music, in The Rascals, with Arctic Monkeys‘ Alex Turner and in side project The Last Shadow Puppets. So something of a veteran at the tender of age of 27, Don’t Forget Who You Are is his second solo album.

But does he have the tunes? Your answer to that will very much depend on whether you can tolerate Kane’s stubborn resistance to the 21st Century. He is an artist who knows what he likes and sticks with it – retro styled, foot stomping, swagger rock, like a clash between fellow Merseysiders The Coral, Paul Weller and The Who with a little T-Rex thrown in for good measure.

Don’t Forget Who You Are starts well. Taking Over begins with some handclaps and a glam rock guitar riff and then shifts a gear into a stadium sized chorus and wig-out ending. It starts the album off with the kind of swagger that Kane wants to project.

The title track is also a highlight. Despite some not very convincing Hank Marvin guitar at the start, it turns out to be a lad rock anthem, Kane singing defiantly: “Although we’re tongued tied and breathless, we won’t let our worries dictate who we are.” It’s a suitable anthem for today’s disaffected youth if ever there was one.

Kane can keep up the bravado too. He shows off his best Pete Townsend impression on Bomb Shells – “I want more” he sings, as the song draws to a close. It’s not political, but then not many of Miles Kane’s generation are. It’s just about getting the best out of the hand you’ve been dealt.

Just like Darkness In Our Hearts – which is full of guitar chords and boisterous drums that recall The Strokes. It tells the story of young love, or youthful exuberance, over a simple catchy melody and driving indie guitars. Again, even though it ends the album, there is no late night malaise here, really; it buzzes along like the evening is only just getting started.

Things are not all rosy though. Fire In My Heart is the token Paul Weller/Oasis acoustic number, but just sounds pedestrian compared to the more raucous parts of the album. So does Out Of Control; a love song, it’s perfectly pleasant, but feels like filler compared to what Kane seems to be capable of. Likewise You’re Gonna Get It has all the intention of Don’t Forget Who You Are’s better tracks, but is more beered up obnoxiousness than teenage spirit.

Miles Kane is an artist who mines deep into some of the best British music of the last 40 years for inspiration and isn’t concerned with trying to redefine anything. On Don’t Forget Who You Are, he manages, for the most part, to put together a selection of tracks that bristle along with a youthful and playful aggression, and the album will resonate with anyone already familiar with him. At times, he runs out of ideas, but that shouldn’t detract from the fact that he is clearly going somewhere – even if that might be more often than not the past.