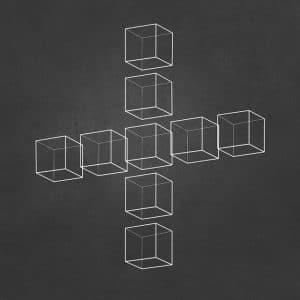 Last year saw the debut release from indie’s latest ‘supergroup’, Minor Victories. Slowdive and Mojave 3‘s Rachel Goswell teamed up with Stuart Braithwaite from Mogwai and brothers Justin and James Lockey (of Editors and Hand Held Cine Club respectively) to create one of the best albums of 2016.

That self-titled debut sounded exactly as you’d expect a collaboration between those bands to sound – combining Mogwai’s monstrous wall of sound with Lockey’s more mainstream indie sensibilities, while Goswell’s world-weary vocals floated over the top.

Less than a year later, Minor Victories are back, but sounding very different. Orchestral Variations is a ‘reimagining’ of that debut, but without Goswell’s vocals, but this is very far from simply being instrumental versions of the original’s songs. Each track has been completely stripped down, and re-recorded with emphasis on piano and strings. At times, it sounds almost neo-classical, with only the barest hint of the original on display.

For example, where Cogs used to be pounding and urgent, the orchestral version is restrained and relaxed, taking its full five and a half minutes to gently unfurl, before it segues into the more choppy and tense Breaking My Light, which sounds like one of Philip Glass‘ more accessible moments. It’s possible to hear elements of the originals but only if you’re listening closely – for the most part, most of the tracks on Orchestral Variations sound like completely different songs by two completely different artists.

The tracklisting has been totally rejigged as well – while Cogs was the swirling maelstrom at the centre of the original album, now it serves as a far more languid introduction, while the self-titled’s first track Giving Up The Ghost is now a seven minute long piano-driven instrumental towards the middle of the record. It all serves to give the impression of Orchestral Variations as not so much a companion album nor a ‘remix’ record, but a brand new venture.

It’s impossible not to make comparisons though, and where Orchestral Variations inevitably falls down is the absence of Goswell. While it seems silly to complain about the lack of a singer on an instrumental album, she did lend many of the songs an emotional weight which, while not lacking here, doesn’t quite have the same impact. There was also a raw power to most of the debut (presumably due to Braithwaite’s influence), with the drumming on tracks like Cogs possessing a rare intensity. While the new arrangements are yearning and often rather beautiful, if you’ve heard the originals, they do fall short sometimes.

Similarly, half the fun of listening To You Always was in the verbal back and forth between Goswell and Mark Kozelek, while the new version is simply a piano instrumental, albeit a very pretty one. Perhaps the best way to approach Orchestral Variations is by expecting an album of cinematic instrumentals – indeed, many of these new versions would fit in very well on a film soundtrack. This works very well as a standalone album, even though expectations should be adjusted accordingly.