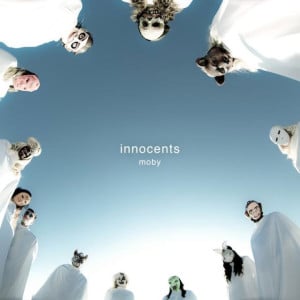 In retrospect, it was Play that both made and broke Moby. Pre-1999, he was the epitome of New York cool (with, admittedly, the lack of record sales that represented), sampling the Twin Peaks soundtrack, sprinkling his own form of remix gold-dust over the likes of Michael Jackson and Pet Shop Boys, and becoming unlikely touring buddies with Red Hot Chili Peppers and Soundgarden.

Play, of course, made Richard Melville Hall a household name, but at a cost. For, suddenly, Moby was everywhere, thanks in no small part to the revolutionary notion of licensing every single track to be used in adverts, films and television shows. Yet, as with most things, familarity soon bred comtempt, as it quickly became difficult to escape Play, reaching a nadir when one news organisation chose the ambient beauty of Porcelain to soundtrack its report on the burning towers and falling bodies on 11 September 2001.

Moby has never quite managed to repeat his Play heyday, while still releasing a steady stream of respectably well selling albums. In recent years, there’s been a definite feeling of treading water, leading to a need for some kind of creative rebirth. Innocents, his eleventh studio album, has the feel of a new start, representing as it does the first time he’s worked with a producer, Mark ‘Spike’ Spent.

Those people who know Spent’s name will know that this will not signal any radical change of direction for Moby – he’s previously worked with the likes of Massive Attack, Beyoncé and Madonna, so he would seem tailor-made for Moby’s brand of cinematic, melancholic electronica. There’s also a long list of guest vocalists, ranging from the surprising (US singer/songwriter Damien Jurado and grunge icon Mark Lanegan) to ones who seem such a perfect fit, it’s surprising they having collaborated before, such as The Flaming Lips‘ Wayne Coyne.

So, despite the list of guest names, Innocents is certainly a good example of the trademark Moby sound. There are shimmering instrumentals, dark ballads, and uplifting, gospel-tinged hoedowns. The latter is represented by The Perfect Life, featuring Coyne on vocals, and is the best thing either artist has done for years – a joyful, uplifting, sunshine-filled anthem. It’s almost enough to forgive The Flaming Lips for releasing that 24 hour long song a few years ago.

Another guest voice on Innocents is that of Al Spx, the Canadian singer who records as Cold Specks, and who released one of the best, if most overlooked, albums of 2012 in I Predict A Graceful Expulsion. Spx features on two of the best tracks on Innocents, A Case For Shame and Tell Me, and both of them are filled with the kind of melancholy longing that Moby does so well. Spx’s extraordinarily soulful voice is the perfect foil for Moby’s soundscapes.

Elsewhere though, it does feel like past glories are being retread. Long-term collaborator Inyang Bassey returns on Don’t Love Me which sounds like one of the lesser tracks from Play, and Mark Lanegan’s vocal on The Lonely Night sounds like it’s been recorded for a different album. Lanegan has one of the great voices of the last 20 years but it’s used on a dull, dreary track that feels a lot longer than its four minutes.

But when Innocents works, it does so beautifully. The minimal instrumental Going Wrong is stunning, and opening track Everything That Rises is gorgeously cinematic. Even if the nine and a half minute long closing track The Dogs (featuring Moby himself on vocals) does stretch things out somewhat, it doesn’t spoil the notion that Innocents, while maybe not the creative renaissaince hinted at, is Moby’s best album for some time.

More on Moby
Moby – All Visible Objects
Moby – Everything Was Beautiful And Nothing Hurt
Moby & The Void Pacific Choir – These Systems Are Failing
Moby – Innocents
Moby: “As a musician, you’re free to do whatever you want” – Interview