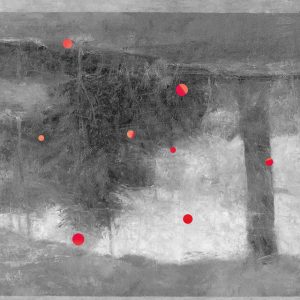 With the release of Welcome Strangers, Modern Studies gave us one of 2018’s most endearing albums. A richly orchestrated suite of thoughtful but upward looking songs, it made them a hot property in left of centre pop music. One of those affected was Tommy Perman, who describes himself as a ‘sound artist’, having worked with the FOUND project and on a number of striking installations. He has previously collaborated with the band’s Rob St John, and found himself drawn to Modern Studies’ music. Like an itch that he couldn’t shift, he was unable to resist tampering with the music of Welcome Strangers, pulling the constituent parts out for examination.

Emergent Slow Arcs was the result, and Perman thinks highly enough of it to release his reinterpretations as an album, which has the band’s full blessing. The title accurately flags the album’s musical contents, for while this is a development of Modern Studies’ material, it is essentially a whole new set of colours and clothes, once fed through the electronic processors.

The ‘sound artist’ description is on the money, because the effectiveness of these tracks lies in their expansive spectrum of colours, their rich harmonic patterns and persuasive, syncopated rhythms. These elements assume greater importance than outright melodic hooks or earworms, making beautifully constructed shapes. The designs are graphic and intricate but crucially still contain beating, human hearts.

The slow arcs are by turns majestic and stately, typified by the first curve Ephemeris Mist. It pulses with life in the way Steve Reich‘s Electric Counterpoint does, using its material with impressive economy. There are drones in and around the music, with a reverberant backdrop that suggests we inhabit a similar outdoor world to the one of Modern Studies.

There are beats, too. Faraway Hills feels like a game of echo, the sounds bouncing off one peak to another in the range, the listener effectively positioned like a circling hang glider in the middle, enjoying the warm thermals. The effect of the lopsided beats is that of a cavernous dub track, unexpectedly close to some of Dreadzone’s broader canvases.

Edgeland Duet is an interesting construction, like Faraway Hills playing with these sound effects and moving them around the stereo picture, but with a clear end goal and a strong tonal base. Spectral Cannon is lovely, the boom of echoing drums offset by fuzzy keyboards going in and out of focus, the listener again in orbit. The spirit of dub returns to underpin Moonshot, which sounds great on headphones with its echo effects, the soft held keyboard keeping it grounded.

If you play Welcome Strangers and Emergent Slow Arcs consecutively you would be hard pressed to spot the links, such is the work Perman has put in. What seemingly started as some innocent mucking around in the studio has blossomed into a really interesting project, a play with sounds that reaches beyond the head to the heart with its shape shifting. It is a fine achievement, and offers a new solution to the concept of a remix album.