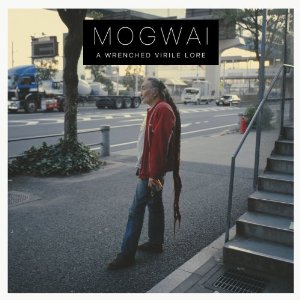 First things first. This is not a new Mogwai record. A Wrenched Virile Lore is a collection of 10 remixes of tracks from last year’s Hardcore Will Never Die, But You Will album. In the remixers’ world, not all songs are equal, so there isn’t a new version of every track from Hardcore… with two versions of Rano Pano deemed suitable to make up for the absent if superbly titled You’re Lionel Ritchie.

It’s worth mentioning just how great Hardcore…, Mogwai’s seventh album, is. A collection of dynamic, uplifting and emotionally charged songs that is both immediately accessible and gentler than the distortion ridden post-rock sound they have been famous for, it was grand in both gesture and sound and, on that basis, it’s easy to see why several producers and artists could see the potential of reimagining it.

As a standalone release, A Wrenched Virile Lore is lost for context unless you are familiar with Hardcore… That’s not to say it isn’t an impressive collection, just that the real benefit will be gleamed from those who already know the songs and can hear the essence of them coming through, especially where the remix differs most from the original. For the same reason, remix albums are fraught with disappointment for many – it’s rare for someone to rework a song you have connected to and better it.

So the first remix of Rano Pano, by Klad Hest, clings to the tune of the original but retools it into a digital extravaganza reminiscent of the sped-up soundtrack to the final level of an arcade game. Similarly, Glasgow singer-songwriter RM Hubbert‘s version of Mexican Grand Prix is a stripped down classical guitar track, which loses some of the urgency of the original but enhances the basic songsmanship.

As with any set of remixes, some are more adventurous than others. La Mort Blanche, remixed by Robert Hampson which is a rework of Death Rays, has flecks of his work in Loop – it’s a full blown hypnotic sonic adventure of 13 minutes that sounds more like a live version of the original than a completely new iteration.

Justin K Broadrick‘s version of George Square Thatcher Death Party on the other hand calls itself a ‘reshape’ rather than remix and is exactly that. It has an added texture but doesn’t stray too far from the original track. Neither does the Tim Hecker remix of Rano Pano. It’s a throbbing, echoed version with the original guitar lying underneath, but it stops short of taking the song anywhere new.

San Pedro was one of the most immediate tracks on Hardcore… and The Soft Moon remix here ramps up the distortion, hits the drums harder and has a more sinister turn, turbo charging what was already an urgent and pulsating song.

A Wrenched Virile Lore has enough to add to Hardcore… without having to exist as a Mogwai album in its own right. Fans of the original album will find some unique takes on songs from it, as well as reworks, some of which sound more like the old, distorted aggressive Mogwai of yore.

Anyone unacquainted would be better off buying the original album, enjoying the aural experience of one of Mogwai’s best for years and then revisiting what is essentially an add on, albeit one which builds on an impressive base and is an involving and exciting listen in its own right.