Mogwai – As The Love Continues 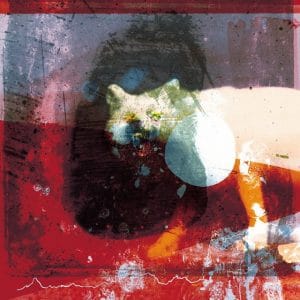 Mogwai’s 1997 debut album Mogwai Young Team opened with a crackly voice declaring that “music is bigger than words and wider than pictures”, a line that has felt relevant ever since when trying to describe their sound. Tenth studio album As The Love Continues shows them to be still upholding the stylistic principles that have been so consistent throughout their career, but also applying them in increasingly thoughtful and rewarding ways. In short, they’re getting better at doing things at which they’ve always excelled.

Opening track To The Bin My Friend, Tonight We Vacate Earth might begin with less poetic words than those previously mentioned but is imperious in its slow moving deliberation, delivering a patient build up before the guitar-shaped payload is released. The contorted synth mini-eruptions of Here We, Here We, Here We Go Forever show how, in their third decade, they continue to find unexplored niches and alleyways to navigate.

Amid an album of song titles that range from the obtuse to the plain funny, Dry Fantasy is the one most tailored to the music, the track possessing a gaseous atmosphere akin to that of a far off land. Synth melodies are clearly signposted in a similar way to the likes of Auto Rock from 2006’s Mr Beast.

Their tracks featuring the vocals of Stuart Braithwaite feel less of an anomaly than they used to and Ritchie Sacramento is arguably the most natural they’ve sounded in this respect. It’s also the most radio-friendly they’ve sounded, as much repeated plays on BBC 6 Music testify (Braithwaite recently revealed the title is based on a friend’s misinterpretation of the name of Ryuichi Sakamoto). Fuck Off Money also has vocals but here they’re heavily vocodered, sounding not unlike a lugubrious, remorseful android. It has one of the fantastically overloaded endings the band do so well, shot through here with skyrocketing beauty.

Those moments where they edge themselves away from the middle ground towards the outer reaches of the sonic spectrum provide some of the album’s highlights. Ceiling Granny rides high on waves of phased early Smashing Pumpkins-esque riffage and is the moment on the album with a transgressing edge, arriving with real venom. Midnight Flit meanwhile has more in the way of nuance and grace as it achieves flight (it also features Nine Inch Nails’ Atticus Ross).

It wouldn’t be a Mogwai album without some quiet-loud-quiet moments and Pat Stains (featuring saxophonist Colin Stetson) dutifully offers one up, beginning in restrained fashion before guitars rise and rage. Drive The Nail isn’t too dissimilar, more than adequately catering for any cravings listeners may have for raw, muscular guitar poundings. The upfront, euphonious guitars and glowing synths of Supposedly, We Were Nightmares allow for a greater feeling of positivity to flood the track.

It’s What I Want To Do, Mum takes a relatively uncomplicated riff and augments it in classic Mogwai style, all considered transition and gradual growth. Later, it burns up like a spacecraft re-entering the Earth’s atmosphere. It’s a suitably impactful way to end an album that’s up there with their best, one of their most powerful and cohesive statements to date.