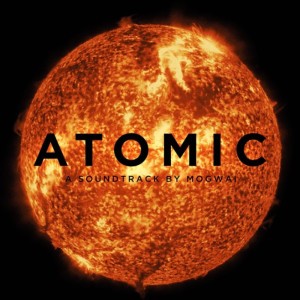 It was strange to see all those people on Twitter making such a fuss over the showing of Watership Down at Easter because their children might be frightened. Watership Down used to be a constant in any child’s education about death and was shown in primary schools and the likes of Threads, When The Wind Blows and any number of terrifying public information films were there ready to throw a dose of reality and terror into childhood. They were character forming.

Perhaps what enraged those parents about those animated rabbits getting a bit savage and going to bunny heaven was that it reminded them of a time when life was actually pretty terrifying. It wasn’t so long ago that the threat of nuclear devastation was a real and quite likely thing. We have suicide bombers, terrorists and bizarre Egyptian hijack situations these days, but that all pales into significance when lined up alongside mass extinction, being vapourised, dying from radiation sickness, watching milkbottles melt, and laying down under a blanket for handy disposal should you not be turned into dust.

Every so often it pays to be reminded of just what a terrifying prospect nuclear conflict is, because the threat hasn’t gone away – if anything, the threat is perhaps greater than before, and maintaining a nuclear deterrent is not going to deter those that don’t fear death, after all. We should be scared, and we should be more involved and vocal about nuclear arms. The CND is still a significant campaign and not just an interesting bird’s foot badge and Trident is being replaced at a cost of over £100bn at a time of austerity. Nuclear arms might not be front page news, they might not even be at the forefront of national consciousness like they were back in the ’80s, despite the best efforts of several stripes of politician, but these are issues that are assuredly as right now as back then.

Mogwai’s latest album, and their third soundtrack, features reworkings of songs that they provided for Mark Cousins’ documentary Atomic: Living In Dread And Promise, a film that addresses the reality of the nuclear age. The documentary itself is both poignant and fascinating, and Mogwai’s contribution to it definitely lends a sense of fear, grandeur and elegance whilst simultaneously throwing the band’s collective political hat (or beanie) into the ring.

As a standalone work however, Mogwai have created an album that also functions perfectly well away from the material it was written to soundtrack. The slow build of Ether, with its delicate keyboards, mournful tones and triumphant French horns touch on the pastoral, and describe a beautiful unscarred landscape. It’s up there with some of their most emotionally charged work to date. The relatively positive introduction to the album is soon disrupted however, as the band start to pick up from where they left off on their previous work Rave Tapes.

SCRAM’s electronic pulses find a point between wonder and menace and it’s a theme that’s unsurprisingly explored on the album a number of times. At times it sounds like an evil version of a Tomorrow’s World feature (such as the darkened echo of U-235) but the band hasn’t forgotten how to build in moments of release and magnificence. It’s there in the stately Cold War stomp of Pripyat or the explosive shift in SCRAM, and if there were any doubt about where the band’s hearts lay, Bitterness Centrifuge seethes like a particularly bleak John Carpenter soundtrack.

Whilst much of the album continues down the keyboard led shift that the band embraced on Rave Tapes, there are also moments that hark back to earlier days. Are You A Dancer wraps violins gracefully around smouldering guitarlines, whilst Fat Man’s piano lilt is strafed with guitar violence until all that’s left is the sound of a heart beat which eventually stops. Little Boy combines the new with the old and creates an uplifting joyous centre around which everything else revolves. At this point in Mogwai’s history, it’d be unreasonable to expect any kind of seismic shift in direction, but what they’ve done with Atomic is refine their methods to create something that could just possibly be the highlight of the career to date.