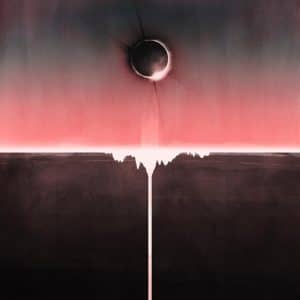 Album number nine from Mogwai finds the band heading into their future without guitarist John Cummings. As if to offset the loss of one of their founders, they’ve bought Dave Fridmann back into the fold – the producer of Mogwai classics CODY and Rock Action. The result of these changes is subtle, so subtle in fact that opening gambit Coolverine sounds as if it is simply following on directly from where the band’s soundtrack for Atomic left off.

The devil is in the detail, and Every Country’s Sun slowly reveals itself to be perhaps the most expansive Mogwai has sounded in some time. Everyone is familiar with that “quiet-loud-quiet-RIP YOUR FACE OFF” template that Mogwai helped to establish, not least the band themselves, but for the most part on this new album, they play with convention and expectation, whilst still managing to occasionally embrace the bombast that is expected of them.

In exploring the space that the absence of Cummings and the studio trickery of Fridmann has afforded them they’ve created an album that is all about detail and subtlety. Less reliant on guitar cacophony than before, Every Country’s Sun is perhaps defined by its careful use of keyboards and synths and surprisingly deploying Dominic Aitchison’s bass as the band’s secret weapon. In pushing his bass to the fore, both the shimmering tones of Coolverine and the slow burning atmospherics of Brain Sweeties are grabbed by the scruff of the neck and propelled towards their conclusions.

If Cummings’ departure left a gap, then Aitchison is filling it perfectly and in fact new position, front and centre, seems to have given the band a new lease of life; the interplay between the bass and guitars on Crossing The Road Material (which could easily be a Hookworms track) for example is positively charged and joyous. On Party In The Dark (essentially an indie pop-song) it is his driven and direct basslines that point the way forwards. The keyboards, barely there guitars, and shoegazy vocals are mere fluff that threaten to be blown away by everything that underpins them. The jury is still out on Mogwai when they create songs with vocals and choruses; it just doesn’t seem quite right. Party In The Dark is perfectly nice and does everything you’d expect from a song from any other band, but it does seem a little out of place here. That’s not to say that vocals on a Mogwai track don’t work; 1000 Foot Face, for example, sounds like a band giving praise to some kind of gigantic deity with it’s drifting hymnal quality rather than an archetypal pop song.

The latter sections of the album see the band upping the ante and re-connecting with sky scraping cacophonies that defined their earlier work. Don’t Believe The Fife might start off like a Phillip Glass synth exploration (Aitchison’s bass work is sublime here too), but it eventually explodes into a euphoric guitar maelstrom. Battered At A Scramble follows, and initially it sounds a little bit lost as the guitars struggle to find a footing, and then everything locks into place and they’re off and running in a flurry of drums and duelling guitar solos. As they spill into Old Poisons they start to sound a little like Bug era Dinosaur Jr when J Mascis and Lou Barlow were trading blows with each other. Thrilling doesn’t quite cover it.

Closing the album is the title track in typical Mogwai fashion. There’s the slow build up, the chiming guitars, the development of a huge wash of reverb, and of course a crushing but beautiful wave of noise and chaos to push the whole thing skywards and into heavenly territory. After all this time, it wouldn’t be surprising if Mogwai had run out of tricks, but this album shows that there’s plenty of life in this band yet, and they’re changing and developing whilst also addressing the past. But most importantly, they’re still creating interesting, vital albums.