MONEY – The Shadow Of Heaven 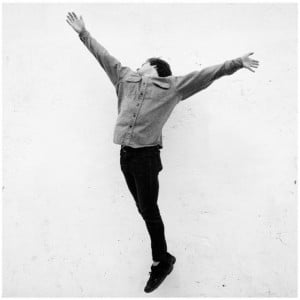 Mystery surrounds Salford four piece Money. Originally a mix of art project and existing under various guises, their deliberately ambiguous moniker makes internet searches tricky, a fact not altered by a concerted attempt at keeping early exposure to a minimum.

They posted arty videos with their music as the soundtrack only to take them down (that for Hold Me Forever was directed by Cillian Murphy – the 28 Days Later and Sunshine actor’s directorial debut – and remains online). They released very limited edition singles. And they have a Tumblr blog called Lonelysexdeath, which has some tour dates and a piece of prose called Eulogy For The Death Of Everything. Their shows have taken place in abandoned buildings around Manchester, with said videos projected on the dilapidated walls. Suitably baffled? The Shadow Of Heaven is all set to be the big reveal.

What it tells us is that like fellow Mancunians The Smiths, they have a penchant for black humour, romance and imagery, but with a more complicated backdrop. Imagine a mix of Modest Mouse, Mogwai, Wild Beasts and short lived Manchester band WU LYF and you’re part way there.

The album opens with a sentiment that no doubt Moz himself would be proud of. So Long (God Is Dead) begins with angelic vocals from front man Jamie Lee, expands into a delicate and hypnotic guitar riff and continues the refrain: “It’s a shame, that God is dead”. Blasphemy aside, it’s a gentle introduction to the album’s ambience.

Ambience is something Money provide in spades. Goodnight London is a beautiful piano ballad, a little haunting, a little romantic and bursting with the slightly scary optimism of the big city. Letter To Yesterday has a Peter Hook bass line, serious reverb and some of the famous Manchester swagger, while Hold Me Forever is as close to a pop song that Money have. It has the same reverb soaked backdrop, but with what sounds like a steel drum over the top. It builds into a huge swirling mass, with Lee getting throaty with the refrain: “Heaven, is, real.”

Elsewhere, Money can be less atmospheric and grandiose and a little more off the wall. Bluebell Field is about as trippy as actually lying in one, all swirling guitars and echo, while Cruelty Of Godliness has a pitch bended guitar riff and sounds like it was recorded in one of the empty buildings they play in.

In The Shadow Of Heaven, Money have unveiled themselves as an ambitious band, who owe a fair bit to the influences of the city they live in as well as the generations of artist who have been inspired to write thoughtful rock music there. They may spend more time out of the limelight than in it, but they have undoubtedly made a statement here, and one which should shine more light on them, no matter how difficult they try and make themselves to be found.