MONO – Pilgrimage Of The Soul 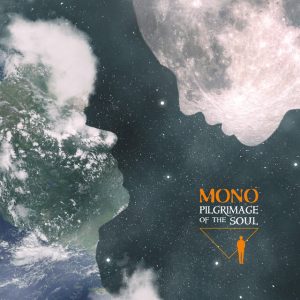 Most bands that have been around for any length of time tend to struggle to develop their sound and leap from the rut they’ve dug for themselves. MONO have been around for over 20 years now and have released 11 albums, and yet somehow they’re continually striving to push themselves. Essentially sitting somewhere in the general postcode area of PR (post-rock), they’re a band that laid the groundwork in terms of that quiet/ loud/ quiet/ FUCKINGLOUD template. Like their contemporaries, they have a way of shifting their sound and never settling for what came before. With Pilgrimage Of The Soul, the band’s willingness to meddle with genre and instrumentation has resulted in what might be their best album to date.

To tar the band with the tag of post-rock is to do them a massive injustice, they’ve been an intriguing melting pot of genre, influence and mood since they first clicked their delay and reverb pedals. Pilgrimage Of The Soul is no different, and in fact, it finds the band pushing themselves further than they have gone before. The album opens with Riptide, which admittedly is reasonably familiar territory. An exploration of dynamics, it ticks the box for the quiet-loud shift early on. It’s about as close as the band gets to crossing the line into metal territories when they explode into a riot of noise and heavy histrionics. As far as openers go, it’s an assured and exciting start.

It’s the second track where MONO start to flex their genre busting muscle. Imperfect Things starts out with a gentle plucked guitar line and an oscillating thrum, before taking things off in the direction of the dancefloor with an almost funky drum beat and the addition of synths. It’s not exactly disco inferno stuff, because that drum beat is underpinning a seriously fuzzy bass and chiming guitars, but nevertheless, it gives the album an unexpected lift.

Heaven In A Wild Flower bears a similarity to the soft focus musings of Sigur Rós, and slowly unfurls with the gentle introduction of an achingly beautiful orchestra. The strings and brass complement the simple ideas laid down by the band and take the album in yet another direction – this time they’re tipping their hat in the general direction of the pastoral symphony. This expansive, slow unfurling is in evidence across the album, giving it something of a cinematic feel at times. This is particularly true of Innocence, the first track from the album to emerge ahead of its release. An emotional journey from start to finish, when coupled with a promotional video that centres around grief, loss and love, it packs a significant punch. Even without visual cues, and standing on its own as a piece of music, it has the ability to bring a tear to the eye.

Hold Infinity In The Palm Of Your Hand’s use of repetition, soft focus effects, a chiming children’s xylophone and shimmering guitars just builds and builds as it elaborates and expands upon a simple motif. Over the course of its 12 minute duration, that motif is pulled in a variety of directions, each of them possessing a particular emotional resonance. MONO’s brilliance is that they take you on that journey so effectively that by the song’s close, it feels like a lifetime of experience crammed into a single song. Thankfully, the delicate nature of closing track And Eternity In An Hour serves as something of a sedative to calm the emotions that have been heightened throughout the album.

2021 has been a phenomenal year for the post-rock old guard, with Mogwai and Godspeed You! Black Emperor both delivering astounding albums. With Pilgrimage Of The Soul, MONO have given us an album that can confidently stand alongside As The Love Continues and G_d’s Pee AT STATE’S END!