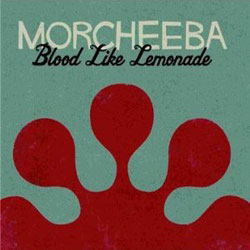 It’s all come full circle for Morcheeba. In 2003 they parted company with singer Skye Edwards, and perhaps not entirely coincidentally, their fortunes started to fade.

Replacement singer Daisy Edwards of Noonday Underground lasted just one album with the band, while follow-up Dive Deep was an underwhelming and ill-advised experiment with a host of different vocalists. It was Edwards’ vocals that were the soul behind Morcheeba, and what made Big Calm such a classic of its time.

Seven years on and Edwards has reunited with the Godfrey brothers – and you can almost hear the years being rolled back. All the elements that made Morcheeba big in the mid-’90s are there – the laid-back beats, the light and breezy vocals and a pure pop sensibility. Sadly though, this is also its downfall.

For, as reassuring and comfortable as Blood Like Lemonade sounds, the fact remains that the songs here just aren’t up there with the likes of By The Sea or Rome Wasn’t Built In A Day. Rather like Faithless‘ recent comeback, it’s all so familiar as to beg the question: Do we really need a new Morcheeba album in 2010?

Long-term fans will be as beguiled as ever though. There’s a surprisingly dark undercurrent to many tracks here – Recipe For Disaster opens with the intriguing line “Want to know why there’s a dead guy in my dining room?”, while the gorgeously sunny title track sounds like the loveliest thing on Earth until you suss out the vampiric references of the lyrics.

Although most songs stick to the tried and tested pop-soul template, there’s a couple of surprising moments. Perhaps the best track is the fragile I Am The Spring, featuring an acoustic guitar line seemingly inspired by Fleetwood Mac‘s Rhiannon, that shows off Skye’s vocals to their very best effect.

Even Though has an eerie tinge to it, while Crimson makes for an excellent opening track to pull the listener in. Yet there’s a fair degree of filler here, namely two rather superflous instrumentals in Mandela and Cut To The Bass (the latter sounding horribly dated with scratching and samples-heavy), and the languid tone of much of the album means that you may well be nodding off come the end.

Better things are gleaned from Self-Made Man, which resurrects the swelling chords and insistent chorus of By The Sea and makes for perfect listening while soaking up the sun. There’s certainly no point where Skye is allowed to cut loose and demonstrate her considerable vocal process – restraint is the name of the game here.

Veteran Morcheeba fans will no doubt be delighted with Blood Like Lemonade, and it’s certainly good to see Skye Edwards return to the band where she made her name. It’s not an album that will change your life, but its airy grooves make for perfectly pleasant listening for under an hour. And sometimes, that’s all you need.