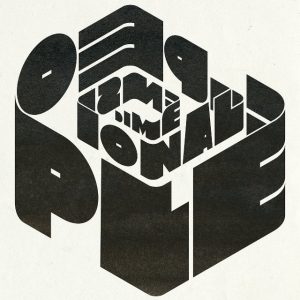 For their 11th album Mouse On Mars continue the collaborative approach that made 2014’s 21 Again the enjoyable if overlong compilation it was, and this time it comes with a slightly more durable concept, as well as a significantly slimmer runtime.

As they put it: “Dimensional People expresses itself as a dynamic 50-piece orchestra, telling a story in sound. Each player is a multifaceted character, the recording an imagined stage, and the production is direction, lighting, and setting changes”.

The album often takes on the attributes of a free-flowing jam session, and the idea is that the many guests contributed to it in whatever way they wanted.

Another multi-track sequence is Parliament Of Aliens featuring Sam Amidon, Lisa Hannigan and The National’s Bryce Dessner, which has elements in common but a drastically different tone from parts I to II to III, and different tracks also flow into each other to give Dimensional People an Odyssean feel.

If there is a flaw, it is that some jams are more eventful than others, as seen on the busy but ultimately inconsequential Daylight and Tear To My Eye featuring Eric D Clark and Beirut‘s Zach Condon, but this is something of an occupational hazard and the creative spirit is clearly heard throughout.

The highlight of the album is Resume, featuring a wistful Swamp Dogg talking about his own life and musing on the future to a dubby bassline and kitchen-sink production, Mouse On Mars at their odd, inimitable best.