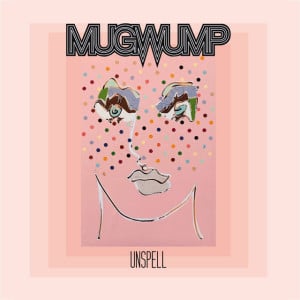 The Mugwump discography is both substantial and highly revered, so it comes as something of a surprise to report Unspell is Geoffroy Dewandeler’s first venture into long playing territory. Why now? Perhaps it’s a timely reminder, a celebration even, of a decade releasing records to make people dance?

The act, essentially the Belgian producer with guests and colleagues in tow, has built up a loyal following off the back of winning cuts such as Boutade and Yajna. Dewandeler has recorded for dozens of labels, as well as mixing a couple of hugely enjoyable Hi-Phen Pile Up compilations in the mid-2000s. Musical diversity is the name of his game, but Mugwump stands largely for fun innovation in electronic music, while sounding like a character from kids’ TV.

The album certainly enjoys itself to begin with, the strong opening quintet of tracks embracing the community spirit of Dewandeler’s work. Circlesquare is a great choice of vocalist for After They Fall, adding a dark gloss to proceedings, while Raphael Lee steps up for the bluesy Doobie Shine Trouble, which brings in a lovely, moody wash of synths towards the end. The baton then passes to The Rapture’s Luke Jenner, a man often ready to stretch his falsetto on other people’s albums as evidenced by his great turn on last year’s Joakim album. This time around, Halo finds his vocal effectively matched by buzzing bass and flighty synths. The instrumental Lurline pedals slow, chunky space disco, before Memento Lies takes time out for introspection, found through the woofer-bothering voice of Dewandeler himself.

So far so good, but unfortunately the record goes off the boil at its heart. There is nothing particularly offensive or wrong about Until You’re Worth It, especially in the choice of the wonderful Mungolian Jet Set as guests, but with Ost & Kjex they deliver a song we seem to have heard from the Scissor Sisters on a number of occasions ten years previously. In this context Breakdown, a dark soul searching cover of the Mickey Mike song, this time with low vocals from Sami Birnbach, feels misplaced when heard immediately after the falsettos.

Continuing this unintentional track by track review, the wonderful, throbbing A Quarter Heart Left gets the album back on track. It’s sure to sound ace when the bass is cranked right up. And there’s School’s Out, where Philip Janzen takes charge of a song whose electronics will broaden your speakers.

Overall, then, Unspell is a fine piece of work. Its strength is the number of differing styles it turns to largely satisfying effect, reasserting Mugwump’s status as a producer who knows how to entertain and charm in equal measure. This satisfying, toe-twitching debut-of-sorts will only enhance those claims.