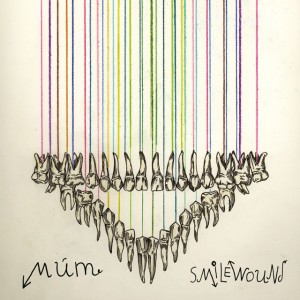 Few nationalities have a musical DNA quite as distinctive as the Icelandic. From their frozen isle in the far flung north-west fringes of Europe, a production line of quite remarkable productivity for a country of just over a quarter of a million inhabitants has rolled out one strikingly idiosyncratic band after another, starting with The Sugarcubes back in the late 1980s and continuing right up until the present day with Of Monsters And Men. Iceland’s dramatic geology of lava-belching volcanoes, gushing geysers and vast glaciers is perhaps most frequently associated with the epic majesty of Sigur Rós, but a real sense of place, of unique otherness, can be found in the work of many of their contemporaries too.

Múm are a case in point. For over 15 years they have worked on their own odd brand of twinkling, strangely childlike electronica, at times both cutely endearing and slightly sinister, rather like Boards Of Canada overdosed on Prozac and dumped on a flight to Reykjavik. Their 2001 debut proper, Yesterday Was Dramatic, Today Is OK, set the blueprint for their sound, with classically trained twin sister singers Gyða and Kristín Anna Valtýsdóttir sweetly chanting their gossamer melodies over a backdrop of Aphex Twin-influenced beats and kaleidoscopic instrumentation. Over the years, Múm have rarely strayed far from this territory, although a number of line-up changes and some interesting collaborations, for example with the National Dutch Chamber Orchestra, stopped things from going too stale.

Four years after their last album, Smilewound sees the return to the group of Gyða Valtýsdóttir for the first time in 10 years, and a noticeable shift in sound to something altogether warmer and more accessible than anything Múm have produced before. They’ve even enlisted the help of a certain Kylie Minogue on the track Whistle, which first appeared on the soundtrack to the American independent film Jack & Diane and as a download earlier this year. While not exactly the kind of dance floor anthem the diminutive Australian used to specialise in, nevertheless shows the band’s new, more upbeat direction. Likewise, The Colourful Stabwound boasts a club-friendly sound that wouldn’t be out of place among the hedonistic hordes of Ibiza, with a clarity and immediacy to the vocals rarely heard on a Múm track before.

There are a few traces of the old quirkiness – the squelching, beeping ’80s computer game-like intros to Candlewind and When Girls Collide for example – but in general, the more organic, folksy textures of the band’s previous work are almost completely absent on Smilewound. This is now relatively conventional Nordic electro-pop that has dispensed with much of the clutter and wilful weirdness; even the slower songs here, like the quietly rousing Underwater Snow, have clear structures and choruses with hooks, and the lyrics too are more simple and direct than ever before, although the frequent use of imagery from the natural world still remains. It’s only on the beautiful instrumental Eternity Is The Wait Between Breaths, with its gorgeous strings, gently burbling synths and chiming xylophones, and the hushed dynamics of Time To Scream And Shout, that Múm return to the more mysterious, evocative atmosphere of old.

While some established fans may find Smilewound not quite to their usual taste, there’s no doubt it’s a subtle but significant step forward for a group that looked to be in danger of running out of ideas. In fact, it may well be Múm’s most balanced, enjoyable record yet, and a welcome sign that these Icelandic mavericks are not afraid to move a little more towards the mainstream in order to reinvigorate their music.