My Bloody Valentine – m b v 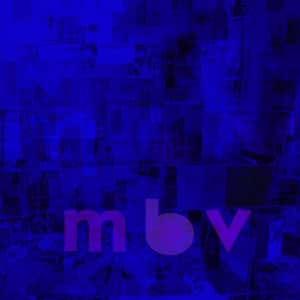 “403 – Forbidden: Access is denied.” The sight – or, more accurately, site – that greeted excitable My Bloody Valentine fans at just after midnight last Saturday, as they battled to download something they thought would never arrive.

At the time it was cruel, frustrating. Torturous even. In hindsight, it was a wonderful piece of irony: after all, it was what My Bloody Valentine fans had to put up with since Loveless was released some 22 years ago. A few more hours – and some sleep – wouldn’t hurt.

Early last week, Kevin Shields said the album may arrive within two or three days. It took a little longer and many probably thought it still wouldn’t happen. Yet when it did, there was sort of gracefulness about it: as if Shields said “here you go, finally – I hope you like it”, clicked the upload button, and finally let it go.

For him – and, of course, singer-guitarist Bilinda Butcher, bassist Debbie Googe and drummer Colm Ó Cíosóig – it must have been hugely cathartic. Like Kate Bush and, most recently, David Bowie, the myths, mystique and the context were enough – no PR machine necessary, no favouritism of journalists. No need for a label, either: free from the additional demands and pressures of Creation, Sony or Island. Indeed, Kevin’s sister, Ann Marie, works for Sunshine HQ, who built and manage the new website, as a “Direct-to-Fan Business Consultant”. Trust those who are closest to you.

Of course, ever the perfectionist, Shields released the album in various formats, including 24bit/96k WAV for audiophiles. The pop-up warning stating that this version may not play on all devices unless you had the correct “convertor or processor” would have panicked some. But it illustrates the years of trauma and effort invested into this – why have it spoilt by the technical constraints of MP3s? After all, it was recorded and mixed onto analogue tape, before being mastered with no digital processing – in essence, the old fashioned, laborious way. But the Shields way.

m b v’s opening track She Found Now begins where Loveless closed with Soon: a down-tempo but typically swirling and skilfully layered soundscape, with the constant loops of raw, reverbed guitar and Googe’s shredding bass contrasting the purity of, we presume, Shields’ vocal and clean sounding lead guitar underneath. But successive listens then reveal a complex mix of guitar leads – from the thrashing to the more intricate – seeping into one another, increasing in intensity before fading into a somewhat understated reverb outro.

Only Tomorrow somewhat continues the Loveless theme, yet brings something more melodic and up-beat, with Butcher’s naturally sensual (and oh so missed) sounding vocal coupled beautifully with the unprocessed time-signature shifting staccato guitar with hook building sound effects, throbbing bass and Ó Cíosóig’s straightforward yet pin-point drumming. It’s at this point it finally dawns how their return is for real. You made me realise indeed.

Who Sees You is very reminiscent of Only Shallow, including an almost identical snare drum beat opening. Yet following track Is This and Yes takes m b v into its own territory, presenting a surprisingly calming, sedate side to MBV never heard before: sparse and twinkling-sounding layered organ, muted tom beats, like something reminiscent of later Stereolab.

Meanwhile, If I Am takes things up a slight notch but, again, it’s unlike anything released by the band – it carries a degree of contentedness about it, something never associated with the band previously. Even Butcher’s vocal, from being indecipherable, albeit beautiful, earlier in the record, gains clarity, with Shields sitting back to allow the others to feature more heavily.

If I Am’s final few seconds, featuring a fantastic sounding tape spooling sample winding down to its end, lead into New You which is, in many ways, the perfect My Bloody Valentine track, condensing everything special about the band. On a basic level, it’s absolute pop-bliss – something MBV are totally capable of but have only offered in glimpses, such as 1988’s Drive It All Over Me – yet it demonstrates Shields’ absolute skills for production, with new aspects revealed after each listen: the coating-upon-coating of jagged guitar beneath the thick wedge of bass only become clear after several listens.

But the album’s high point comes in its final two tracks, Nothing Is and Wonder 2. In many ways, they’re the album’s equivalent of You Made Me Realise – loud, very loud – but nothing prepares you for their disorientating, drum and bass infused, at times stomach churning assault: from the sublime example of pop with If I Am, to the absolute and complete experimental, leaving you open-mouthed, terrified but astonished. This is Shields at his most free: from the slow-paced opener to something rather triumphant. God knows how these will sound live.

m b v begins where Loveless left off, before moving into its own – in turn, it represents Shields and the band’s own fractious, turbulent journey from the creative hangover of Loveless into producing something entirely new, in turn leaving you thrilled and rather moved indeed. The legend behind m b v, as well as its songs, have created something many will talk about for much longer than it’s taken to arrive.