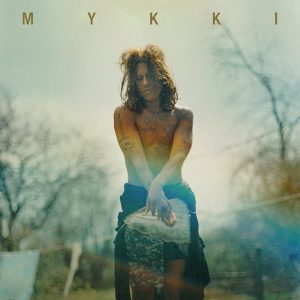 In a genre where individuality and uniqueness are king, New York rapper Mykki Blanco is in a completely different league. Even before addressing the distinctive sound of Michael Quattlebaum Jr’s onstage persona, it is worth considering his remarkable rise. Starting off as a teenage girl character created for YouTube, the 26-year-old’s alter ego (named in reference to Lil Kim’s Kimmy Blanco) quickly took on a life of her own.

He soon attracted a large following online through his video art, which was partly a send up of today’s internet-savvy, narcissistic culture, and was invited to perform as his female persona. Since then, Quattlebaum has gradually embraced the Mykki Blanco name, taking encouragement from those who praised his rapping and compelled him to keep performing under his new title. Blanco now releases his highly-anticipated debut LP.

With such a fascinating and complex journey proceeding its release, it would hardly be surprising if the record failed to live up to expectations. However, it does not take long for Mykki to dispel any such concerns and reaffirm what a special, genre-bending artist Blanco has transformed into. Opener I’m In A Mood is the perfect scene-setter, with his distorted vocals combining with a murky melody and stuttering beat.

It has a touch of Drake and Lil Wayne about it, which is entirely appropriate considering Blanco has previously mentioned both artists as influences on his original creation. It makes sense that they have carried over onto his debut LP, but underneath the surface there is much more to explore, with the lyrics dealing directly with his drag aesthetic (“Hard knocks I lived ‘em/ with bucks I spend them/ dress like a woman/ fuck I love women”).

Loner continues the melodic start to the record, with Jean Deaux’s contributing vocals adding fragility to the atmospheric pop hook, while High School Never Ends is another early highlight. It’s more off-kilter compared to the opening two tracks, but its beautiful strings provide the ideal foundation for Blanco’s examination of social constructs through his recasting of Romeo and Juliet. It’s as soulful as anything by Frank Ocean.

Although the softer moments are a treat, Blanco is not afraid to reacquaint everyone with his brasher side. My Nene jumps between several different tones, before the quirky chorus sees Blanco play with gender roles once again. He goes in even harder on The Plug Won’t, delivering an uncompromising reality check over a spaced-out hook (“Why do I need love/ who fucking needs love”), while For The Cunts makes a significant mark during its brief runtime.

The level rarely drops, either, with Blanco’s long-time collaborator and the record’s co-producer Jeremiah Meece joining him for the hip-hop aping Hideaway. Then there’s the most candid track on Mykki, You Don’t Know Me, which is about getting to know the artist behind the persona better. It is a heartfelt response to the fallout following Blanco’s announcement that he is HIV-positive – and is arguably the centrepiece of the LP.

As Mykki reaches the home straight, Blanco further demonstrates his versatility, moving with remarkable ease from riot track Fendi Band to the straight-talking fury of Shit Talking Creep. Bringing it all to a close is Rock N Roll Dough, another autobiographical insight into the journey that Blanco has been on in the past few years. It’s a perfect way to conclude a startlingly honest and sprawling debut entry from Blanco, one which challenges the listener at every turn. Mykki is further proof – if it was ever needed – that Blanco is the real deal.