Nathaniel Rateliff – Falling Faster Than You Can Run 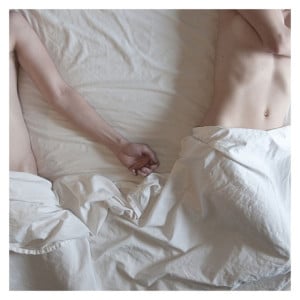 Nathaniel Rateliff has a voice that has been lived in. Not the wracked pantomime of a Tom Waits–showground-backwoods-hobo, but a voice that has nonetheless been weathered, battered; whose owner has stayed up too late doing too many fun things. It is with warmth and oak-aged mellowness that his rusty pipes tackle this collection of bruised acoustic songs.

American songsmith Rateliff follows up 2010’s critically acclaimed debut In Memory Of Loss with further explorations of love, life and everything in between. Former musical incarnations, as the folk rockers Nathaniel Rateliff and The Wheel and last years’ soul band Nathaniel Rateliff and The Night Sweats, are not obviously apparent on this outing, but there are definite echoes of stylings, structure and soul-baring evident on Falling Faster Than You Can Run.

Describing Rateliff as a ‘poppier’ Bon Iver is surely apt; they both share a way with strumming softly and singing from the heart, as on the opener Still Trying, which could morph into Skinny Love before Rateliff’s outbursts of not knowing “a goddamn thing” and claiming that “this wound’s gonna cancel me out”. Closer still in comparison are the world-weary warmth whispers of M Ward, Bill Callahan or Lambchop’s Kurt Wagner.

There’s a certain ragged charm in the music, with the rougher edges of harmonies or fuzz on guitars lending the album an immediacy that would otherwise be polished off to a neutered mewl. Don’t Get Too Close and Laborman, with their up-tempo bar-room band practice feel, threaten to morph into a jollier Wilco track, but merely provide a lively if not especially memorable variation.

Rateliff works best exploiting the depth and range of his voice against a spacious backdrop that doesn’t have to be downtempo to be dull. The positively pyromaniac opening lyrics of I Am declare “We built fires large enough to burn that it burnt the woods”, and the music plays with textures that include sparse acoustics and doo-wop singing to strummed big electric chords. Similarly the country slide guitars on How To Win, the late night jazziness of Right On, the pedal steel guitar on When Do You See bask in a warmth of gentle chords and hushed harmonies. Elsewhere the passionate strumalong frenzy of Nothing To Show For could easily be a Mumford And Sons or Lumineers track, but is no bad thing in the context of this collection.

The album sleeve shows two faceless naked bodies sprawled over a crumpled bed, setting up expectations of a ‘crumbs between the sheets’ kind of album full of spent passion and bloodshot mornings. These songs grew from lengthy periods touring where Rateliff was surrounded by people but still felt isolated and alone, which could make for a whiny exercise in navel-gazing, but instead becomes a warm balm for the disaffected and even slightly bruised-of-heart; an aural hug, of sorts.

The scrape and scrawl of feedback leading into the album closer and title track drops to a cello drag and strings underneath, making for something of an offer to bandage wounds. Although this was never a bloody album, there are internal wounds from opener Still Trying which need tending, and in Nathaniel Rateliff’s world these take longer to heal by their lack of visibility. Falling Faster Than You Can Run is not going to change the face of music, or provide a ‘killer’, ‘breakthrough’ single to propel him to greater echelons of celebrity, though such echelons would surely suit Rateliff fine. It will, however, add to a growing catalogue of respectable songs that will reveal their charms over time.