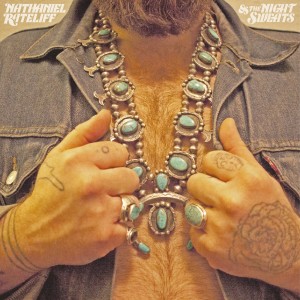 If you’re confident enough to name check Sam & Dave and Otis Redding as your influences, then you’d better have the tunes and the voice to make good with even the flimsiest of comparisons. Unbelievably, Nathaniel Rateliff has pulled off something quite remarkable with his latest album, and has come up with a contemporary record that sounds as bold and exciting as the classic releases on Stax and Atlantic that inspired him. Most importantly, he’s remembered that in order to make a truly convincing soul album, you really need to have soul by the bucket load.

Rateliff’s previous albums have been rooted in folk and Americana, but looking back to his parents’ record collection he’s changed tack and found a new outlet for the trials and tribulations that have peppered his life.

Opening up with the charged brass stomp of Need Never Grow Old, Rateliff instantly stamps his authority on the genre. This is no dewy-eyed salute, nor is it revisionism, and it never submits to reverence. Rather it’s the sound of an artist simply writing great tunes and infusing them with passion. The classics of Redding, Cooke and Pickett never grow old by sheer virtue of their brilliance, and Rateliff is close to reaching that level here.

Richard Swift’s production is vital, keeping the songs sounding vibrant and authentic but never veering into retro territory. More important however is Rateliff’s way with a vocal hook, and his uncanny ability to write songs that combine heartfelt confessional lyrics with hipshaking tunes. Trying So hard Not To Know for example rumbles along with a buttoned down rhythm and practically spits out hometruths at the same time. It’s like he’s spitting in the face of his dance partner. I’ve Been Failing meanwhile looks inwards, and channels Van Morrison (and even Dexys to a degree) beautifully.

There’s melancholy here, but also a sense of togetherness and celebration in the handclap rhythms and Rateliff’s refrain of “Don’t you weep, don’t you worry”. There’s hope in this tale of a man who can’t stop failing, but keeps trying to do right; and addressing his failings is the first step to salvation. The second is music, obviously. Wasting Time is similarly reflective and tugs at the heartstrings beautifully, it’s also the only real link musically to Rateliff’s previous country inflected work. It’s beautifully judged and written with the mournful pedal steel echoing with a sense of yearning that positively aches.

If all this sounds a little too introverted, there’s always S.O.B. to lighten the mood a little. Nestled at the heart of the album, it is what an alcoholic might class as a moment of clarity. A gospel meets raucous R&B foot-stomper, it is perfectly executed, as it documents the reality of twisting the night away far often. Although it appears to be a mindless invitation to dance, tied up in the lyrics is the unfortunate reality of hard drinkin’ and hard livin’. Still if you’re going to drink your life away, you might as well go out dancing under a neon barlight.

Look It Here hints at Martha Reeves And The Vandellas as covered by the E Street Band, but manages to steer clear of homage whilst Shake takes the Bruce Springsteen influence further and taps into a slow and slinky after hours swagger. It’s not the kind of pepped up shakin’ that Redding specialised in; this is if anything far more subtle and snakehipped, like a sweaty dalliance on the banks of the Bayou.

This then is an album that in less capable hands could be dismissed as lazy and retro, but Rateliff has managed to succeed in breathing life into the classic soul sound by opening himself up and remembering that it is possible to dance your blues away.