Nathaniel Rateliff & The Night Sweats – Tearing At The Seams 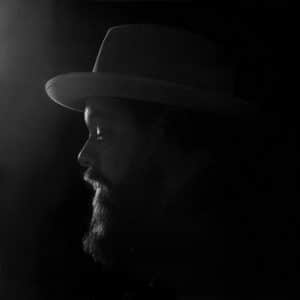 Nathaniel Rateliff has had one of those careers that we tend to only look back on, rather than witness in real time. Over the course of a just under a decade, he released a couple of mediocre solo records which earned him a reputation as an earnest, folksy balladeer, with a voice that marked out a perhaps unrealised potential.

Fast forward a few years to 2015, and his record – the first recorded with backing band The Night Sweats – seemed to come out of nowhere, and recast him as ’60s soul man. Its launch, at east London’s Village Underground, proved he’d found his home. A ramshackle, hard living bunch of musicians in the truest sense, they looked like they’d walked out of speakeasy, hammering keys and blasting trumpets. His voice had found its sound.

Rateliff himself must have sensed that too, because their second album sees The Night Sweats promoted from essentially a session band to fully fledged collaborators. “For a long time I always had to go off on my own,” he’s said, “for the first Night Sweats record, I demo’ed everything up and created most of the parts. But for this new record, I felt like we’d all spent so much time on the road that we should all go off somewhere together. We should have that experience together. I wanted the guys to feel like they were giving something to the project beyond just playing.”

In retrospect their previous, self-titled LP sounds like a transition record, merging Rateliff’s old trademark Americana/folk sound with a new, energised, foot-stomping sound. Tearing At The Seams sees that groundwork slip into uncompromising soul and blues. From the very beginning, this is a record that is celebratory and gutsy. Opener Shoe Boot rains down a storm of sound; Intro is an infectious explosion of bluesy gospel; Be There is equally rammed full of brass and stomping percussion and Coolin’ Out features some glorious harmonies and backing.

Unfortunately its calmer moments are its most forgettable. Attempts at creating a more tender, soothing sound ebb away the colour and vitality of the bolshy songs they do so well. The exception is the wonderful You Worry Me – a slick song made achingly sad by its crunching guitars and Rateliff’s resigned vocals, combining the drama of his bigger, upbeat tracks with the reflectiveness of his earlier career.

You might expect a band who’ve spent the last couple of years touring the States to use such a sound to present something big; to nod to the genres’ roots and give life to a protest album, so it’s curious that this is such a personal record. On its best tracks, Rateliff’s voice is exhilarating – confident and authoritative but also pleading – the personal nature of his lyrics giving him a focus: the simplicity of the lyrics to Be There – “In other words, In other ways, I want you to be there for me,” are brought to life by the fact that he means every single word.

When they get it right it, Tearing At The Seams is brilliantly authentic – there’s nothing nostalgic or gimmicky about it –  this stuff is timeless. Sure there are obvious bands they can be liked to – The Band, Sam Cooke, Otis Redding – but its pace and passion make it a record to enjoy for itself, rather than its influences.