Nedry – In A Dim Light 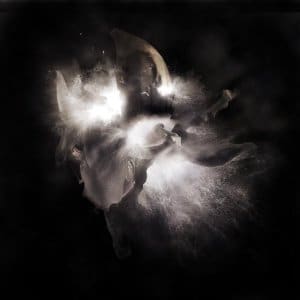 The trio of Matt Parker, Chris Amblin and exquisite vocalist Ayu Okakita made a bold opening gambit with their excellent 2010 debut Codors, one of the hidden treasures of that year for those who knew where to look. The follow up, In A Dim Light, is a murkier, more brooding proposition. Much like its predecessor, it cannily synthesises a broad range of influences whilst retaining a strong individual character. While Condors seemed to switch between sensual and abrasive moods, In A Dim Light feels more carefully integrated. Whilst the wilful unpredictability was certainly a major part of Condors’ appeal, there can be little doubt that In A Dim Light is a more carefully integrated and coherent album.

Parker and Amblin’s arrangements are compelling enough in themselves, not least on a textural and atmospheric level. What is perhaps most exciting about Nedry, however, is the way Okakita’s vocals sound so incisive – cutting through the meticulously crafted soundscapes, somehow at once both effortless and abrasively. Okakita has been frequently compared with Björk, a comparison that must by now have become something of an albatross around her neck. Whilst there are certainly similarities in their phrasing, and in the achievement of that peculiar icy intimacy, Okakita’s vocals sometimes take on a darker, perhaps even bluesier hue. There’s a resemblance, albeit surely coincidental, with the country tinged mannerisms of Jolie Holland.

There are times on In A Dim Light where Nedry’s music sounds imposing and menacing. The tempestuous dynamic on Post Six seems to swell to a near-apocalyptic conclusion, whilst the tender, vulnerable accapella at the outset of Viocelae is really a precursor to some fascinating, powerful threat. It ends with what appears to be the sound of water – is it a Biblical rainstorm, some portent of doom?

The group’s great skill is to create these effects without sounding oppressive or impenetrable. Just sufficient light is allowed in to create a somewhat dusky sound world. Everything is very carefully judged and balanced. The superb Havana Nights, in which Okakita’s lyrics are unusually obfuscated, feels like a grasp at an all too temporary euphoria.

Whilst there are occasional resemblances to Massive Attack, Burial or to some of Radiohead’s experiments in electronica, Nedry’s often sinister sound here definitely has a character entirely of its own. There is also plenty of breathing space in the arrangements, which helps make this a dark but inviting work. Whilst the tone of the music is frequently attacking and powerful, the music never feels cluttered or overcooked. Individual tracks are allowed to build and develop at their own natural pace. A lot of this is down to the stylistic variation in Okakita’s delivery. TMA builds from an elusive, mysterious opening into something much more provocative as her shouty projection reaches a feverish intensity worth of the rawer, earlier PJ Harvey.

This does not feel like a musical facsimile of the real life darkness of austerity, however. What Nedry have created here is a nuanced and irresistible dream space. Their auditory hallucinations are breathtakingly vivid. In A Dim Light is a wonderfully challenging, disorientating and immersive work. Without any sense of pandering to genre conventions or notions of accessibility, it is evidence of Nedry’s significance and potential influence.