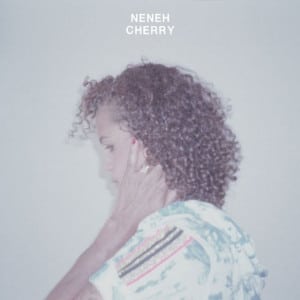 Blank Project is almost certainly not the Neneh Cherry comeback record that anyone familiar with her early chart-scaling output – Buffalo Stance and Manchild, for instance – was expecting. Despite intriguing ventures with CirKus in the late noughties and jazz experimentalists The Thing in 2011, the Swedish singer has not recorded in her own right since 1996’s Man. As the title suggests, Blank Project sees Cherry 18 years later, regenerated, rejuvenated and reconfigured, and on a staggering album that sees her reconnecting with her post punk roots and forging a clear path for future progression.

The genesis and creation for Blank Project was remarkably speedy, with the album being recorded in only a few days in East London under the guidance of producer Kieran Hebden, aka Four Tet. Outside influences were kept to a bare minimum, with backing provided throughout by progressive drum duo Rocketnumbernine. The result of having such a close-knit group is an album with a strong, defined sense of purpose that is full or urgency and vitality. There is not an ounce of fat nor an out-of-place sound to be heard.

While immediate attention will go to Four Tet’s understated yet immeasurably powerful and clever production, Cherry’s forceful personality is very much at the heart of the record. Opening track Across The Water sets the tone as Cherry’s spoken word monologue professes her fear for the future and her daughter in a rapidly decaying society, words that undulate around a sparse, metronomic beat. Immediately focus is absolutely on Cherry’s voice and her words. No matter how intense or striking the music gets as the record progresses, that’s the way it stays.

The title track introduces the sense of urgency that courses through the record. A nagging, pulsingly primal beat is foregrounded around the skittering, insistent percussion; it’s a brilliantly thrilling industrial rumble. Once again, the lyrics are notable as Cherry stridently describes a volatile relationship: “Too many times you come crawling and say sorry to me.”

There is a marked sense of aggression to these tough and powerful electronic yet organic tracks. It’s an aggression that fits the lyrics as Cherry addresses serious issues, including economic difficulties on the throbbing groove of Weightless – “spending money like it is going out of fashion” – as well as numerous references to death and mortality. The album itself was written following the death of her mother, and Spit Three Times is a particularly affecting piece of throbbing soul in which Cherry seems to allude to depression and dark times. “I hit the ground hard,” she sings while frequently mentioning “the black dog”.

Given that she first found widespread chart success 25 years ago with the wildly successful hip-hop dance pop of Raw Like Sushi, Cherry sounds remarkably fresh and undimmed by age. Her ability to adapt and thrive in a vastly changed musical climate is commendable, and the decision to work with Four Tet was a shrewd one. Hebden, also at the production desk for Omar Souleyman‘s very different though equally brilliant 2013 album Wenu Wenu, gives the album a thoroughly modern and inventive quality with moments that pay heed to the fractured electronic soul of James Blake and the industrial doom of Portishead. You can make a clear connection between the sounds on Blank Project and the post punk vanguard in which Cherry initially emerged as part of avant garde post punk group Rip Rig + Panic.

Despite its uncompromising nature, Blank Project is still eminently accessible. One of the key tracks is Out Of The Black featuring Cherry’s Swedish compatriot Robyn. It’s a dream combination; two stars from different generations teaming up in a show of defiance and refusal to be cowed, neither by the music business or society’s limitations or expectations. Over a squelching electro beat, it’s the sort of track you dearly wish would be a hit, and Robyn’s debt to Cherry as an artist is underlined.

Ending the album on a high is Everything, in which Cherry cuts loose in liberating style, delivering a rap and some spat-out lines in a style most reminiscent of her debut. There’s real feeling in her voice as she puts down a “crack smoking hussy”. As the track tails off into some wonderfully off-key and carefree “la-la-las” it’s abundantly clear that Neneh Cherry is relaxed and at the very top of her game. It’s rare that you get an album by an established artist that genuinely shocks and irrevocably repositions them. Blank Project is one of those albums. This is a hugely significant return.