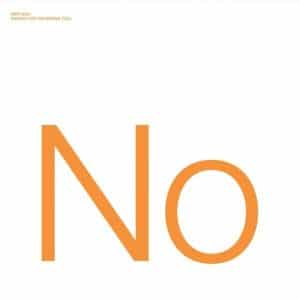 If there’s one thing guaranteed to make you feel very old indeed, it’s the news that both Bernard Sumner and Peter Hook will turn 50 next year. Surely not? Yet it’s true, those doyens of the Manchester scene, who gave us gems such as Temptation, Fine Time and of course Blue Monday, who’ve swallowed and snorted more illegal substances than most of us have had hot dinners, have nearly made it to their 50s.

Yet New Order have never been regarded as dinosaurs – instead they’re rapidly turning into one of the most respected bands around today. Collaborations with Billy Corgan and an appearance on Gwen Stefani‘s album has shown just how influential they’ve become and Ana Matronic from everyone’s favourite camp New Yorkers Scissor Sisters contributes backing vocals here.

Today’s New Order isn’t the same as the classic line up that bestrode the ’80s. Gillian Gilbert has long since retired to motherhood, her place taken by former Marion guitarist Phil Cunningham, which has led to a less synth-based sound than their heyday. Yet this hasn’t led to a drop in quality – Waiting For The Sirens Call is their best effort since 1989’s Technique and if it doesn’t quite match that opus, well not many records do.

Lead single Krafty has already divided some fans for its poppy nature, but as soon as Peter Hook’s trademark, low slung bass sound creeps in it’s clear that this is vintage New Order. The lyrics are, quite frankly, atrocious (“I know the world is a beautiful place, with mountains, lakes and the human race” for example), but the sheer addictive, uplifting nature of the song buries itself into your brain and remains there for days.

Another radio-friendly moment is the driving Turn, its catchy chorus belying the song’s downbeat message – “turn your eyes from me, It’s time for me to go” pleads Sumner over yet another classic Hooky bassline. The jangly guitars give the song an upbeat quality but melancholy lurks just round the corner if the song is studied closer.

Not everything is so successful though. The strange ragga stylings of I Told You So sound oddly dated, Who’s Joe, although reasonably catchy, lacks the big impact that an opening track should have, and Dracula’s Castle is pretty forgettable.

However, the best moments on here equal New Order at their peak. The serene, gliding title track is just sublime, Sumner’s reflective vocal sounding better than ever and striking just the right note between regret and wonder. The influence of Cunningham should not be underestimated here either – the closing track Working Overtime is unlike anything the band have ever done, a knockabout, almost rockabilly, guitar workout that Iggy Pop would be proud of. It’s a magnificent way to end the album (and hearing Sumner shout “hey” before the guitar solo is one of life’s great joys).

So, 20 years after the halcyon days of Madchester, the Hacienda and Tony Wilson, New Order are still going strong. It’s a fair bet that many of today’s bands (Bloc Party and The Killers spring to mind to name but two) wouldn’t exist without them. If you’ve somehow managed to go through life without discovering what all the fuss is about them, buy this now and catch up.