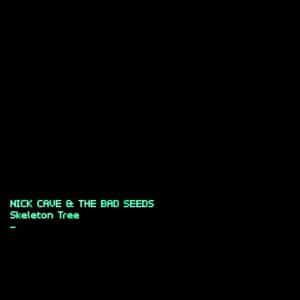 One of the reasons it feels important to consider Skeleton Tree alongside One More Time With Feeling (the documentary released with the album) is that we know what we know about the record from the film.

That was the film’s purpose. A way of providing an answer to every stock question regarding the what, the why and the wherefore that would accompany any new release from an established artist, never mind one who had suffered the trauma that Nick Cave did.

From there we find out that Cave didn’t hone his songs till they were (in his mind) perfect, which is probably why the album feels raw and unpolished. We discover he feels his songwriting no longer follows a smooth narrative path and hence the songs feel fractured and non-linear. And we know that the recording of Skeleton Tree was totally overtaken with the tragic death of Cave’s son Arthur, even if a proportion of the writing had been done prior to it, which gives the album a thick air of dread, loss and despair.

You don’t make or listen to albums in a vacuum. That which happens does impact the experience for both the creator and the audience. It’s just that in this case, those events are so seismic that it feels like you can’t not address them. It’s the observer effect, duplicated. So here, the context of the film seems necessary. Speculating and assuming about lines or verses just appears distasteful in the extreme. Everything seems about the event and nothing seems about the event. Which isn’t a surprise given Cave has made a career of approaching dark, bleak subjects, from the obliquest of angles.

It opens with the magnificent Jesus Alone. Throbbing and droning, it blends synth loops and classical orchestral daubs in a way which manages to be subtle and yet with the looming presence of a golem.

On Girl In Amber Cave’s voice is tinder dry, barely there, as he dolefully paints his images of disappearances and emptiness. Magneto is similar: everything faint and distant. There’s a delicate clink of keys or gentle strum of an acoustic, but the focus is on Cave’s torment. “Oh, the urge to kill somebody was basically overwhelming / I had such hard blues down there in the supermarket queues,” he half sings, half confesses. Anthrocene is itchy and unsettling, as Thomas Wylder’s percussive drums rolls in and out, panting like an dog exercising on the hottest of days, only to be repelled by a statesmanlike piano refrain which calms everything down.

All the while Cave sounds desperate, cracked, almost broken. But it’s as if the music wants to leap to the protection of the words. All the restraint and subtlety is hiding something far more supportive, soothing and comforting in any incredibly unobtrusive way. Nowhere more so than I Need You. Cave has never sounded more unguarded on record and The Bad Seeds respond in kind, twisting the emotional wreckage of the words into something beautiful and heartfelt.

At the end of One More Time With Feeling, Cave talks about being hopeful, about it being the best, most defiant gesture in the face of tragedy. It’s hard not to then see that in Skeleton Tree, even amongst all that is wrong and dark and tragic. The last track ends with Cave cooing “and it’s / all right now” over gentle keys and it’s as if Skeleton Tree’s arc, its gaze, is upwards. It has a sense of moving on.

You hope, anyway. As from an unspeakable event a remarkable record has come. One that sits amongst Nick Cave & The Bad Seeds’ best. Skeleton Tree is full of grief, but full of heart too.