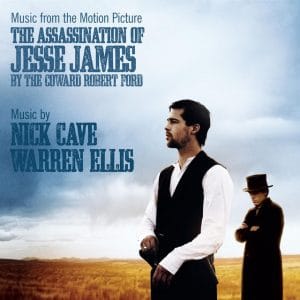 Another day, another soundtrack. Partners in crime almost since the inception of manic violin ace Warren Ellis’ Dirty Three, Nick Cave and Ellis have been through much together musically.

Cave first brought the instrumental three-piece to London and invited their leader to play with the Bad Seeds on their 1996 Murder Ballads tour. Ellis’ role in the band has grown over the intervening years, as Cave’s chief foil Blixa Bargeld left to concentrate on his first love, Einstürzende Neubauten, and the unsung and aloof Mick Harvey pursued his own solo projects.

Cave’s recent band project Grinderman then saw Ellis’ multi-instrumentalism to the fore, as he deftly switched from his chosen instrument to keyboards, bouzouki, guitar and mandolin.

Bargeld and Harvey had composed for films alongside Cave, on projects with Australian director John Hillcoat, but it was Ellis who provided the right rural minimalism in collaborating with Cave on Hillcoat’s 2005 ‘outback Western’, The Proposition. As the film occupied a similar sense of space and unflinching violence seen in Sam Peckinpah’s classic latterday Westerns, the musicians’ simple, scraped and looped strings, piano and sparse vocals hit the spot in the midst of the movie’s stinking, arid desert atmosphere.

More of the same this time round then, right? Well no actually, not exactly. It features similar instrumentation, but this is an altogether more lush, polished effort, with a clutch of startling, repeated themes cues turning up time and again, each time in different colours and hues.

Dominik’s film, which is yet to arrive in the UK, stars Brad Pitt in a performance that won the actor the main prize at this year’s Venice Film Festival. Casey Affleck plays Ford, the man who worked his way into the confidence of the celebrated criminal before…well, the title gives a little away. As a stand-alone work, Cave and Ellis’ score is a very fine piece of work, opening with Rather Lovely Thing, a four-note violin line that bears a melodic resemblance to Kraftwerk‘s Metropolis, albeit transposed to a very different world, with a flourish of piano delicately tip-toeing over the top.

Song For Jesse would have even the likes of Ennio Morricone sighing with pleasure – a delicate musical box tinkle later revived in Last Ride Back to KC. Cowgirl, and its companion piece Carnival, sounds like Ellis writing a gypsy waltz for the Dirty Three, but eschewing that band’s ragged glory for something else that’s both cinematic and intimate at the same time.

It’s overall probably closer in construction and feel to Ellis’ work arranging for other musicians, but that’s not to say it’s a mere throwaway, a jobbing piece of film composition by numbers. This score is a thing of real beauty, and Nick-watchers may like to be informed that it’s entirely instrumental, too. In fact the lack of any ego stamped all over it is a credit to both players, and there’s no question of them saving their best tunes for their day job. Those movie maestros better be looking over their shoulders.