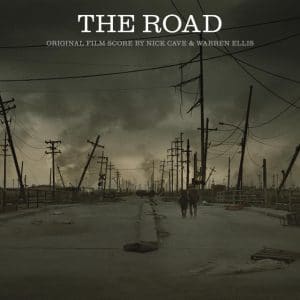 What better place for a Nick Cave and Warren Ellis penned soundtrack than a movie centred around a post-apocalyptic planet Earth? Possibly the only bonus in having a world bathed in an apocalyptic light is that there would be a Cave and Ellis soundtrack for such an occasion.

The Road is the cinematic adaptation of Cormac McCarthy’s Pulitzer Prize winning book of the same name. It is directed by John HiIlcoat, the director behind The Proposition, a film whose soundtrack was provided by Messrs Cave and Ellis.

Nick Cave and Warren Ellis have been working together since 1995 when Ellis began working with The Bad Seeds. Since then, the pair have also worked together in Grinderman and have provided, in addition to The Proposition, a soundtrack for The Assassination Of Jessie James By The Coward Robert Ford.

The Road is a purely instrumental piece of work and as such Nick Cave’s influence is not immediately discernible. But many of these pieces resemble Warren Ellis’ work with his band Dirty Three, whose blues inflected dirges centre around his seething violin work. Whilst there may not be much in the way of blues in these pieces at all, the mood is very much set to melancholy at all times.

As an album it drips with sorrow and pain. The warm drone of the cello and the constant crying of the violin frequently combine to provide a staggeringly bleak backdrop. The piano leitmotif of The Road is a simple figure that can roll into itself over and over into forever, endlessly soundtracking the relentless miles of road walked, and mocking the futility of it all. It’s a simple conceit, but it works perfectly due to its basic construction. Indeed, the sparse nature of many of these compositions echoes the world that the protagonists in the film inhabit neatly. There is no clutter, only space, emptiness, and the thrum of loss and despair.

Rarely do Cave and Ellis break away from the sweeping laments but, when they do, the results are spectacular. With a creepy string section that could have been applied to any classic mid ’70s horror movie, The House is at odds with almost everything on this soundtrack. Cave and Ellis suddenly introduce heavy percussive noise and seething electronics, and in doing so suddenly ratchet up the tension and feeling of panic. Similarly, the beautiful strings and basic piano that soundtrack The Journey are accompanied by a continuous, ominous rumbling that adds an uncomfortable dreary resonance to an already melancholy piece of music.

Yet, despite the almost unrelenting sense of doom, there are moments of beauty and hope that make it through. The swelling strings of Memory are beautiful, and bathe in a warm glow that might just suggest a kind of religious awakening. The sprightly piano that introduces The Beach suggests that even in a world where staying alive and avoiding cannibals are primary concerns, there are some moments of joy and the occasional beam of light to marvel at. Musically, it echoes the strangely uplifting but melancholy nature of Sad Song, the closer on Lou Reed‘s masterpiece Berlin and in doing so, sums up the nature of a story that, although desolate, still manages to hint at hope.