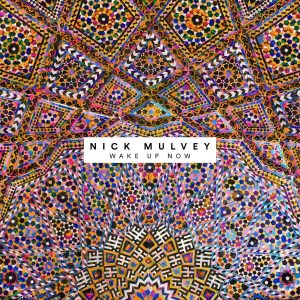 Nick Mulvey‘s second album seems to have been a long time in coming. It was four years ago that the former hang player from critically acclaimed jazz group Portico Quartet released his debut record, First Mind, surprising everyone by revealing himself not as an avant-garde modern jazz expert but an acoustic singer-songwriter type.

First Mind went on to be nominated for a Mercury Prize and saw Mulvey successfully establish himself as a solo artist. While it may not have been the most original of sounds (the likes of Jose Gonzalez hung heavy over it), it was a beautifully crafted record, and one of the best listens of the year. While the sequel may have taken time to manifest, on the surface at least not much appears to have changed in Mulvey’s world: it’s a similarly relaxed, stripped-back sound, although this time around the influence of Peter Gabriel (the album was recorded at Gabriel’s Real World studios, where Portico had previously recorded) and producer Ethan Johns may be felt a bit more.

The resulting brew probably isn’t for the cynical at heart. Mulvey is a big believer in spirituality, and wrote most of Wake Up Now after experimenting with the Amazonian hallucinogenic plant mixture Ayahuasca, before becoming a father. So there are plenty of exhortations to “transform your game”, references to time being “a mountain to move” and in the beautiful When The Body Is Gone, ruminations on death. Yet Mulvey never becomes po-faced, and even when the subject matter is dark, he always seems to imbue his performances with an undeniable sense of joy.

Take Myela for example, one of the standout tracks of Wake Up Now. Whereas once Mulvey’s lyrics – and interpretations of those written by others – were cryptic and full of metaphors, Myela is a direct, journalistic plea on behalf of refugees. The lyrics talk of people who “came to Lebanon with another million desperate souls” who “said better to die once in the sea than dying everyday you stay here with me”. Mulvey humanises his subjects, describing a 21 year old woman called Sonda Jade who fled from the Sudan to Italy at four months pregnant. Rather than a grim mediation on a harrowing subject though, Mulvey sets his tale to a bouncy, African-inspired rhythm culminating in an appealingly catchy refrain of “I am your neighbour, you are my neighbour”.

The following track, We Are Never Apart, also namechecks the character construct Myela but is more concerned with environmental troubles, with portentous mentions of “the pipeline is coming” and references to fracking company Cuadrilla. Transform Your Game (We Remain) is more focused on the personal, encouraging the listener to let go of the ego, and is set to such an irresistibly bouncy melody that you may find yourself singing along to it on the first or second listen. Mountain To Move is similarly anthemic, starting with a breezy acoustic strum before building up to quite a magnificent stomp.

Some may find Wake Up Now to be a bit too earnest, and others may muse that, over the course of an album, some tracks begin to sound rather similar to others. Yet in these rather musically bland times it’s refreshing to hear an artist sing unapologetically about spiritualism and politics. While it’s possibly a bit too similar to First Mind to have the same sort of impact that album did, this is still a powerful demonstration of what a fine musician Mulvey is.