by Ross Horton
published: 29 May 2020 in Album Reviews
Tweet 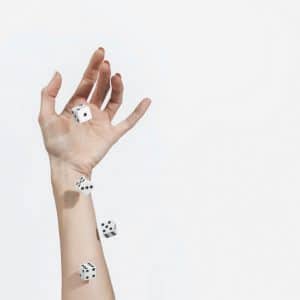 Singer/songwriter Nicole Atkins’ new album Italian Ice is a thing of subtle beauty. Inspired by her upbringing in New Jersey, and shot through with references – both lyrical and sonic – to her home state, Italian Ice attempts to conjure the time and place of early Bruce Springsteen, of broken down factories, derelict houses and abandoned fairgrounds.

A quick note on the studio and guest list: Italian Ice was recorded at Muscle Shoals Sound Studio in Alabama, with long-time Muscle Shoals vets Spooner Oldham and David Hood, Binky Griptite of The Dap Kings, Jim Sclavunos and Dave Sherman of Nick Cave & The Bad Seeds, and drummer McKenzie Smith (St Vincent, Midlake). Elsewhere on the record, you’ll find Spoon frontman Britt Daniel, Seth Avett of The Avett Brothers, Erin Rae, and John Paul White. Atkins explains this curious as being “all my best musical friends… Musically, it doesn’t make any sense. But I’m a superfan of all of them, and we ended up with the weirdest, craziest band ever. It just became this awesome misfit party.” The album was also co-produced by members of Alabama Shakes. So far, so star-powered.

The album opens with the grandiose AM Gold, which is decorated with swelling strings and a sympathetic chord progression. Then, Mind Eraser (co-written with My Morning Jacket’s Carl Broemel) pushes into a dreamier, more spectral plane. Domino, which follows, changes track again and opts to give a little groove. Domino is the best track on the album by a considerable margin – borrowing as it does from classic Gallic techno-pop, and down-tempo r’n’b.

The album features a handful of beautiful ballads – from the gentle, delicate Forever (inspired by Atkins’ husband), to the wistful, spontaneous thrills of Captain (featuring Britt Daniel). Jim Sclavunos gets a co-write credit for the brilliant Never Going Home Again (inspired by a lifetime on the road and a certain Harry Nilsson novelty), and Hamilton Leithauser gets one for In The Splinters, the enormous, operatic final track. It also features a rather lovely take on the Goffin/King classic A Road To Nowhere.

All this amounts to, in the nicest possible way, is an album that sounds sleek, professional and (say it quietly) a little safe. Nicole Atkins has a dream team, a who’s-who of mercurial talents at her disposal, and has opted to just pursue a more modern take on her previous sound. Surely, with all of the talent on deck and all of the creative firepower at her beck and call, you’d think there would be a little experimentation here, a little risk. What we have is, essentially, a flawless yet anonymous pop-soul record that may as well not have had such an extensive guest list. Rather than all of these guest stars, it might have been prudent to get the best out of just one.